As per the scheme, the gau shalas are expected to take care of cattle unfit for farming and producing milk. 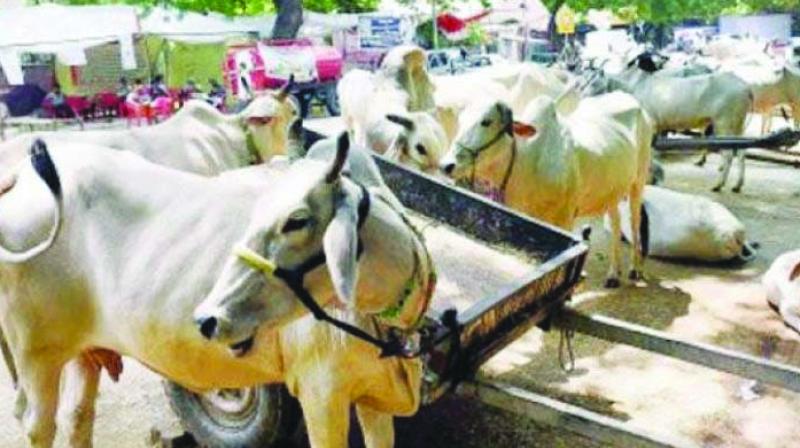 The scheme came in the wake of the ban on slaughter of cow progeny in 2015 by the amendment of an Act.

Mumbai: The Maharashtra government’s Gowardhan Govansh Seva Kendra’ or cow-shelters have received a lukewarm response from some districts despite the announcement that Rs 1 crore would be disbursed for every district. Palghar, Sindhudurg and Kolhapur, which is a major milk-supplying district, as well as Pune, Dhule and Wardha have not sent a single application, while some districts such as Sangli have sent only one application. In total, the government has received 141 applications at the district level, which will be scrutinised before the funds are handed over.

In March the government declared Rs 34 crore for all districts to set up one Gowardhan Sena Kendra and asked the organisations, NGOs and individuals interested to apply for the scheme. However, the response for the scheme was not as expected. “Palghar, Sindhudurg, Kolhapur, Pune, Dhule and Wardha did not respond. Sangli, Hingoli and Nashik applied for one each. Akola and Amravati have applied for the highest gau shalas — 12 and 13 — respectively. The total comes out to be 141,” an official document from the animal husbandry and dairy development department revealed.

Confirming the information, an official from the department said that the applications would be scrutinised on two levels before sanctioning the funds. As per the scheme, the gau shalas are expected to take care of cattle unfit for farming and producing milk. They are supposed to make available food, water and sheds for the cattle.