According to petitioner, the MHADA lost around 2,000 crore or 1.55 lakh square meters properties only in the island city. 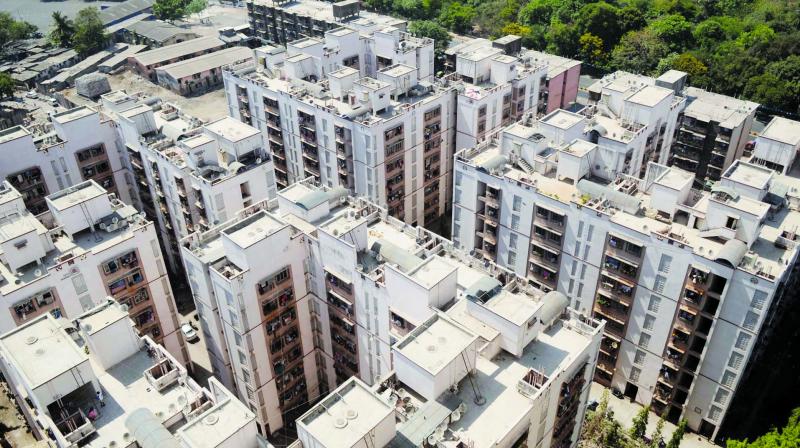 Mhada lost Rs 2,000 cr due to the builder-official nexus.

Mumbai: The Mumbai police’s Economic Offences Wing’s (EOW) DCP on Friday filed an affidavit in the Bombay high court claiming that no Maharashtra Housing and Area Development Authority (MHADA) officer is found to be involved in cheating the government in connivance with private builders as claimed in a PIL and so it should be rejected.

DCP Parag Manere in the affidavit submitted to the division bench of Justice Naresh Patil and Justice Nitin Sambre, also claimed that the government has suffered no loss in development of cess buildings as claimed by activist Kamlakar Shenoy in the PIL. The petition had claimed that MHADA officers in connivance with builders are not handing over the developed property as promised.

According to petitioner, the MHADA lost around 2,000 crore or 1.55 lakh square meters properties only in the island city.

Mr Manere has requested the court to reject the PIL filed by Mr Shenoy, claiming that the allegations made in his petition are “vague and are general in nature”. He also claimed that the EOW has recorded his statement, but he could not give any concrete details to back his claims.

Mr Shenoy had claimed, “Under DCR 33 (7) and other related rules, the MHADA gives cess buildings for redevelopment to private builders. As per rules the developers redeveloping these buildings are required to surrender part of the redeveloped property, in a set percentage, to MHADA before obtaining Occupation Certificate from municipal corporation. However, the builders with the support of MHADA officers did not hand over the property to MHADA because of which it has suffered a loss of more than 2,000 crore.”