State agriculture minister Pandurang Phundkar tried to defend government saying the it was waiting for the final damage figures from the authorities. 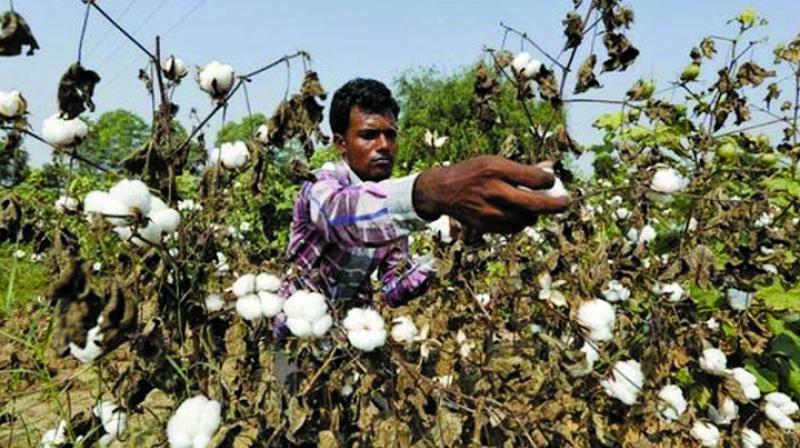 Cotton farmers have suffered damages due to attack by pink boll worm.

Nagpur: Unsatisfied with the replies from the treasury benches over the compensation amount for cotton farmers, who suffered damages due to attack by pink boll worm, the entire opposition staged a walkout from the state legislative assembly on Friday.

During calling attention motion moved by deputy Leader Vijay Wadettiwar , opposition leader Radhakrishna Vikhe-Patil, Sunil Kedar, Amar Kale, Yashomati Thakur and others raised the issue in the lower house for not paying compensation to the cotton growers in the state so far in the Karif crop season.  State agriculture minister Pandurang Phundkar tried to defend government saying the it was waiting for the final damage figures from the authorities, Opposition expressed its resentment and accused the government over inordinate delay in making announcement, walked out of the House.

Mr Wadettiwar and others stated that Cotton crop in 15 districts spread across, Vidarbha, Marathwada and Khandesh region has suffered heavy damages due to the boll worm. The attacks were detected in November, The BT Cotton seeds were found containing harmful herbicide-tolerant genes as per a report of Central Cotton Research Institute.

Mr Phundkar tried to pacify the opposition. He said that the cotton sowing was done on 42.06 hectares of land and 98 per cent of the produce was under BT cotton area. He assured that necessary compensation would be paid and announcement would be made before the end of ongoing winter session. The state has sought financial assistance from the Centre, he said.