Code of conduct puts posters in the dock

The civic official quoted earlier said, “Mr Rane was not present himself, but the men who interrupted our work were his supporters. 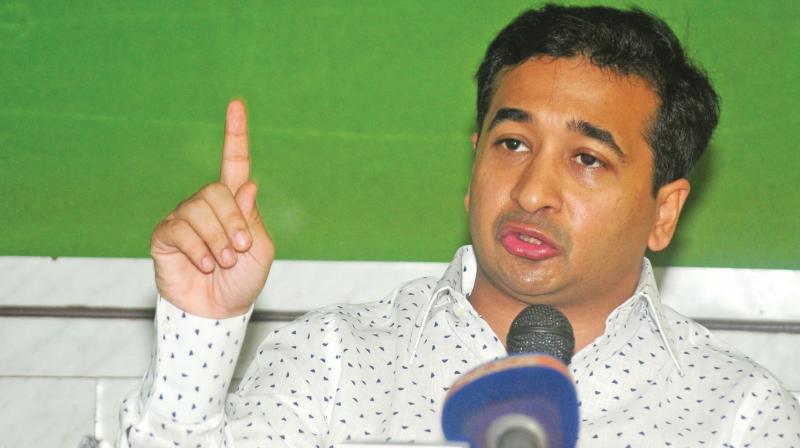 A civic official from the license department said, “It is refreshing to know that new political banners and posters will not come up as soon as we remove old ones, due to decorum under the election code of conduct. Our job has become simpler.”

Still, not all supporters of political parties are aware of the code and every now and then, the license department has to step in to explain the same. For instance, after the code of conduct was activated last week, BMC officials began pulling down Congress posters only to be interrupted by Congress MLA Nitesh Rane’s supporters, who picked up a fight with officials according to sources.

The civic official quoted earlier said, “Mr Rane was not present himself, but the men who interrupted our work were his supporters. They opposed our pulling down the posters. We told them we would not touch the posters but would inform the election commission about the breach of the code of conduct. The political workers immediately backed off and we did our job.”

When The Asian Age contacted Mr Rane, he said, “I am not aware of the incident and I understand it is against the rules. But my supporters backed out, so there is no problem. I will explain to them that this must not happen again, and the election commission’s rules must be respected.”