The Congress leader had also asked the government to clarify who were the politicians pressurising Mr Mehta not to take action in the case. 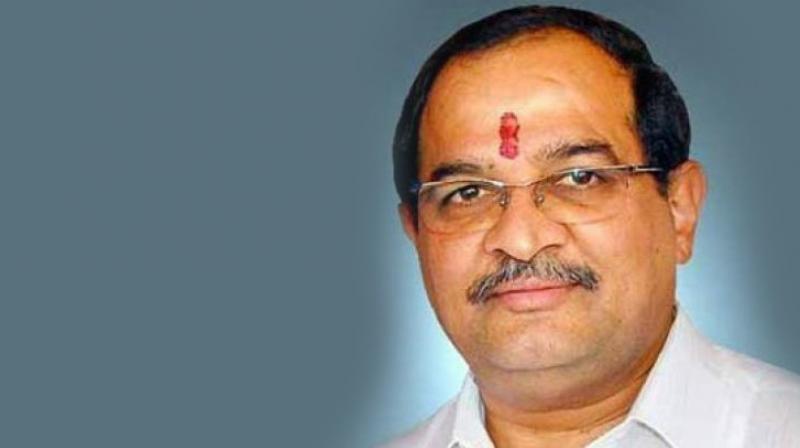 Blaming the “casual” attitude of the civic officials towards the fire victims,  Mr Vikhe-Patil said, “Corruption in the BMC and irregularities were responsible for the December 29 blaze and other fire incidents in the city in the past.”

“The commissioner deliberately neglected what was happening. Demolition of unauthorised structures after the Kamala Mill fire was just an eyewash,” Mr Vikhe-Patil added. He was accompanied by Mumbai Congress president Sanjay Nirupam and senior leader Arif Mohammed Naseem Khan and others.

Dubbing Mr Mehta “Culprit No. 1” in the case, Mr Vikhe-Patil asked, “Why he has been entrusted with the task of heading the probe into the tragedy.”

Mr Nirupam said the Shiv Sena and Bharatiya Janata Party (BJP) leaders had forced Mr Mehta to make the statement about political pressure on him to go slow on the fire probe. “There has been a 48 per cent rise in fire incidents in 2017 as compared to 2016 due to faulty policies of the BMC under the present commissioner,” Mr Nirupam alleged.

Mr Vikhe-Patil had earlier said that he would file a PIL in the court if the government refuses to take any action against Mr Mehta.

The Congress leader had also asked the government to clarify who were the politicians pressurising Mr Mehta not to take action in the case.

Mr Mehta had claimed  that he was facing political pressure. “The call records of the ministers should be checked. The commissioner alleged that there was pressure on him not to take action. The government should speak about who is pressurising him,” Mr Vikhe-Patil had said.