Constable guns down three in Daund 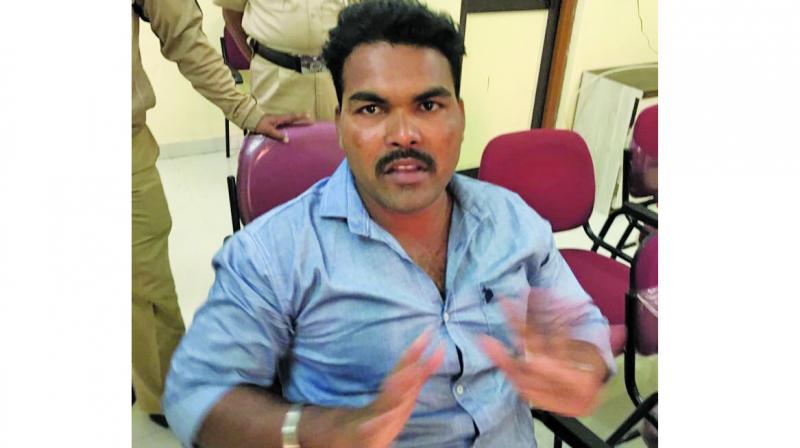 Pune: An Indian Reserve Battalion (IRB) constable on Tuesday afternoon opened fire on three people in Pune district’s Daund city, killing them. The Pune (rural) police arrested the accused, Sanjay Shinde, at Ahmednagar Road in the evening. According to the police, two of the victims, Parashu Pawar and Gopal Shinde, were Shinde’s relatives with whom he allegedly had a monetary dispute. Shinde is suspected of having had a feud with the third victim, Anil Jadhav. The police is looking into whether Shinde has psychological problems.

Ramkrishna Patil, public relation officer, Pune (rural) police, said, “Shinde, a head constable of the IRB who serves the State Reserve Police Force, opened fire at Borawake Nagar and Morinagar Chowk, in Daund, which is 80km from Pune. He immediately fled to his house in Daund before the police could reach the spot.”

A team of Pune (rural) police and a quick response team immediately surrounded his house. Shinde was asked repeatedly to come out and surrender, but he refused to do so.”

After waiting outside the building for an hour waiting, the police entered only to learn that Shinde had escaped. However, another police team caught him while he was en route to Ahmednagar and arrested him.