Parties strongly opposed saying the President has not contributed for Mumbai. 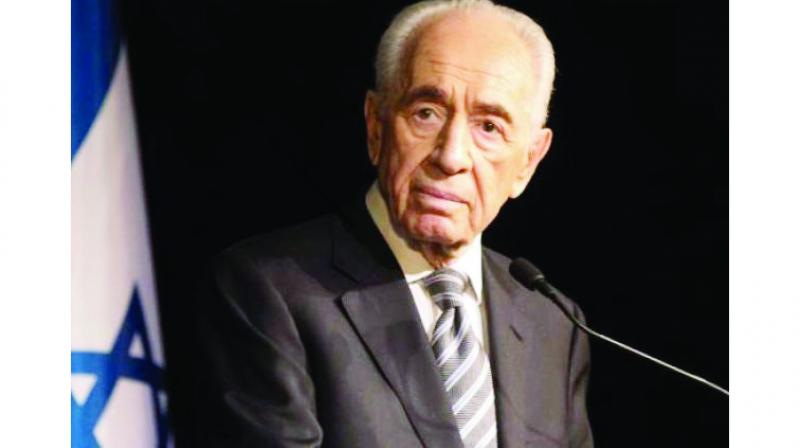 Mumbai: As the Israeli Prime Minister, Benjamin Netanyahu is slated to visit Mumbai on Thursday, a major controversy was averted as no decision was taken in the BMC group leaders’ meeting over the proposal to name a square in Kala Ghoda after a former Israel President, Shimon Peres. Following stiff opposition from the Samajwadi Party (SP) and Congress, the proposal has been kept pending.

According to civic officials, the Federation of Indo-Israel Chamber of Commerce has demanded the BMC that a square between the VB Gandhi Road and Saibaba Marg at Kala Ghoda area should be named after Mr Peres. The administration had tabled the proposal before the BMC group leaders for approval on Tuesday.

The proposal said, “Mr Peres had dedicated his life for the Jews and worked hard for the global peace. He followed the path of non-violence, which was initiated by Mahatma Gandhi and he was also awarded with Nobel peace award.”

However, SP and Congress opposed the proposal vehemently. “In his 70 years of political career, Mr Peres made no contribution to the social, financial, cultural, educational and political field in Maharashtra and Mumbai. The proposal to name the square at Kala Ghoda after Mr Peres is just to please the Israeli visitors, who are currently on India’s tour,” said SP group leader Rais Shaikh.

“By bringing up such proposal, the BMC is violating its own practice as several foreign names given during the British regime have been later changed. What is the need of naming city places with foreign names?” questioned opposition leader Ravi Raja, Congress.