After the post-mortem of the five identified bodies, they were handed over to the relatives on Sunday. 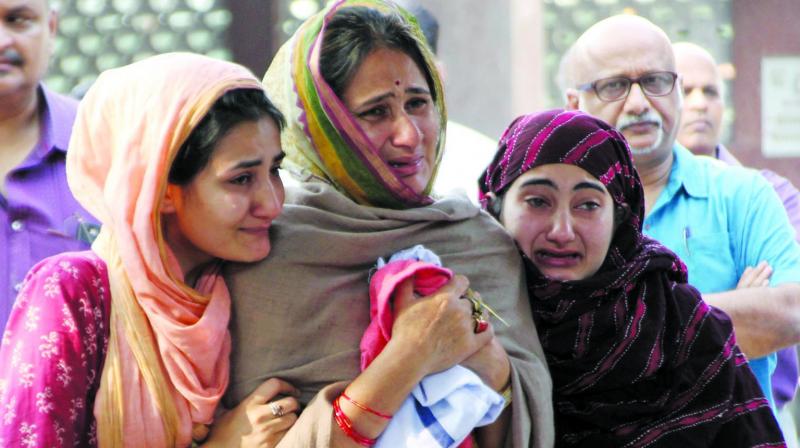 Mumbai: The Mumbai police will investigate into the accidental deaths in the recent Pawan Hans helicopter crash in the Arabian Sea, off Mumbai coast on January 13. The ADR will be transferred to the Yellow Gate police station for investigation since it comes in their jurisdiction. Six bodies have been found and five have been identified and handed over to the families.

The Santacruz police had registered an ADR after the bodies were sent to the R.N. Cooper Hospital for post-mortem. So far six bodies have been recovered. The pilot’s body is yet to be found. A fleet of vessels of the Navy, Coast Guard and Oil and Natural Gas Commission are scanning the sea.

“Six dead bodies were flown to Juhu airport. Statements of available relatives and ONGC personnel were recorded. Out of six dead bodies, five have been identified. One dead body is not identified yet and one is missing,” said a release from Mumbai police.

After the post-mortem of the five identified bodies, they were handed over to the relatives on Sunday. One body was found on Monday and was brought to Cooper Hospital. It was later identified to be of co-pilot V.C. Katoch. The body has been sent for post-mortem.

Samples for DNA profiling, chemical analysis have been collected. The police will probe if there was any sabotage that led to the mishap.