It was also pleaded that the car shed should be shifted in Kanjurmarg, as pointed out by the state’s expert committee earlier. 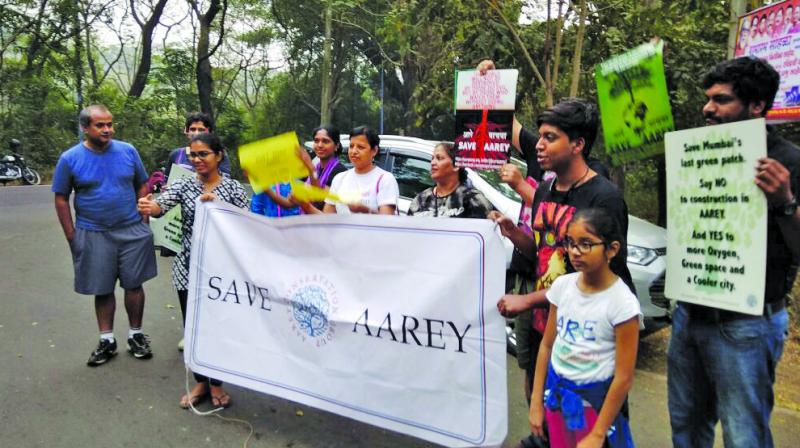 Mumbai: Activists have claimed that the process of considering the viability of Kanjurmarg plot for metro car shed of line 3 is again delayed.

During a hearing in the Bombay high court on Monday, Justice Naresh Patil recused himself from the case, stating that he cannot judge the legal status of the Kanjurmarg plot which has been proposed as an alternative site the car shed in Aarey Colony, as his son is appearing for a related case.

Further, following the contentions of the petitioners that the documents pertaining to the matter were not available with the high court, the bench directed the registry to trace out the papers.

Activists had filed a petition in the HC challenging the state government’s notification regarding change in land use of 33 hectares of Aarey Colony to no development zone.

It was also pleaded that the car shed should be shifted in Kanjurmarg, as pointed out by the state’s expert committee earlier. The petition has seen transfer of bench twice before the last hearing due to technicalities. The high court had observed that unless the case of disputed ownership of Kanjurmarg plot is not resolved, the petition filed by activists regarding the viability of car shed in Kanjurmarg cannot move ahead.  “We hope that the matter is heard soon, because our petition will not move forward unless the legal ownership is not resolved,” said Amrita Bhattacharya, petitioner.