Treatment is civic hospitals to get expensive

Mumbaikars will have to pay 20 per cent more that the current price for treatment at civic hospitals. 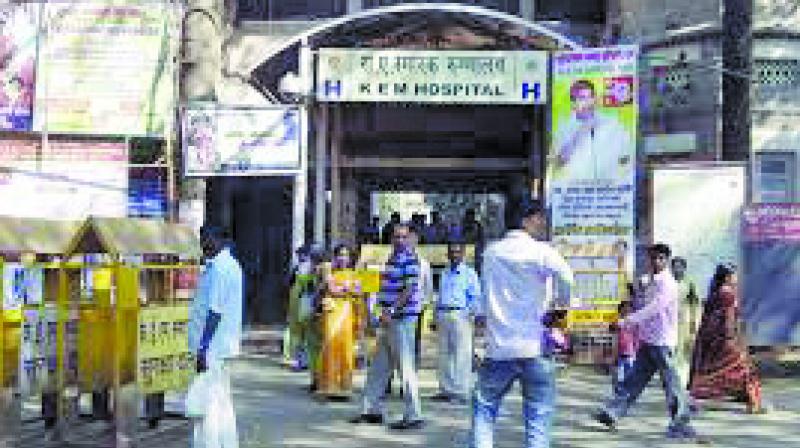 The decision to hike municipal hospital charges was approved in the BMC group leader’s meeting on Tuesday. The new rates will be implemented after getting the approval in the civic House.

According to the civic officials, the BMC spends over Rs 3,600 crore on health and gives quality service at low costs. Of them Rs 600 to 700 crore is spent on three major hospitals – KEM, Nair and Sion Hospitals. However, not even 10 per cent of this is collected in the form of revenue from these hospitals.

“There is a huge discrepancy (1:20) in the ratio of revenue and expenditure of KEM, Nair and Sion. In the year 2014-15, deposits from these hospitals accounted for a mere Rs 31.69 crore, whereas the expenditure was Rs 639.29 crore. By creasing the hospital charges, the BMC will get additional revenue of Rs 92 crore, which will bring down the ratio to 1:8,” said a senior civic official.

The civic body has decided to levy 30 per cent health service charges on patients from outside Mumbai. About 45 percent of the total patients treated by the BMC hospitals are the residents of areas other than Mumbai.

In June 2016, the BMC had proposed a 75 to 100 per cent rise in the rates of various treatments in municipal hospitals. However, the proposal was not approved owing to the impending municipal elections.