By increasing the degree of the convex of a mirror, the objects as seen by the driver are enlarged. 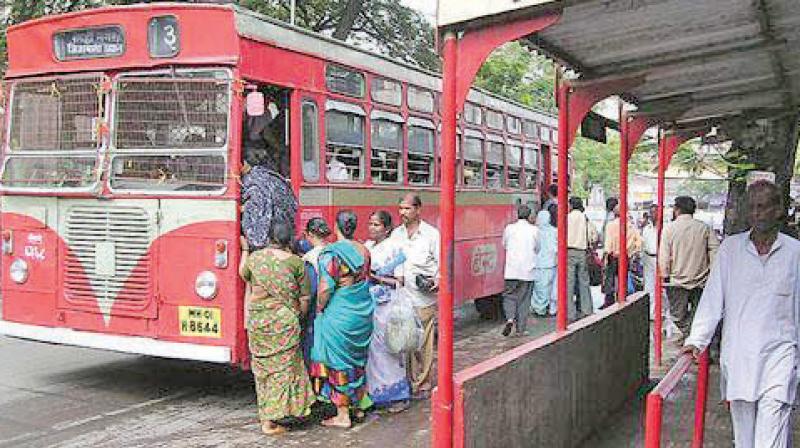 The number of fatalities involving BEST buses was 16 last year and this year, two deaths have occurred on two consecutive days.

Mumbai: The Brihanmumbai Electric Supply & Transport (BEST) will use better and sharper rear-view mirrors to curtail the fatalities that occur when a pedestrian or a motorist is crushed under the rear end wheels of the undertaking’s buses. The bus drivers often do not realise when a person is standing dangerously close to the rear end of the tyres.

In a report published by The Asian Age in its February 15 edition on fatalities involving BEST buses, this newspaper reported that the right end tire of the bus sees 22 per cent of the total fatalities. The left end tire sees 29 per cent of fatalities. The figures were brought to light in an internal survey taken by the undertaking from April to January (2016-17).

The number of fatalities was 16 last year and this year, two deaths have occurred on two consecutive days. The first case was of 50-year-old Maruti V. Kshirsagar on February 13, when he died after a BEST bus crushed him with its right rear end wheel while he was waiting at a bus stop at Chembur. The second incident occurred on February 14 at Dharavi when a motorist came under the left rear end tyre of the bus. Digambar Bhor, the victim, was rushed to the LT Sion Hospital but had died on the way.

BEST general manager Jagdish Patil said, “Earlier the number of deaths per year would be anywhere between 20 to 25. Last year it was 16 but still I would say that they need to come down to zero.”