Lok Sabha member and city BJP chief Dilip Gandhi told mediapersons that Chindam would be dismissed from the party. 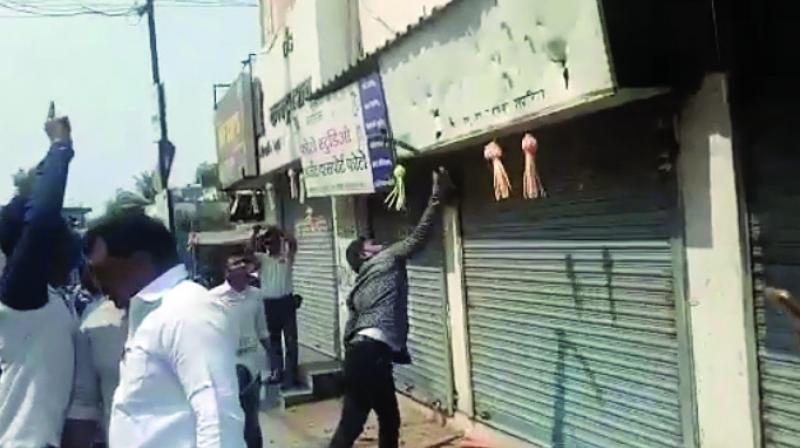 Sena workers called a bandh in Ahmednagar on Friday.

Mumbai: Tension prevailed in the Ahmednagar on Friday after Shiv Sena workers protested against an alleged insult to warrior king Shivaji by the deputy mayor, who is a Bharatiya Janata Party (BJP) member. Sena workers pelted stones at a BJP office near Gandhi Maidan and called a bandh in the city.

According to Sena leader and former MLA Anil Rathod, deputy mayor Shripad Chindam ticked off a municipal corporation employee on Friday morning for not doing his work. When the employee said he was tied up in work related to Shiv Jayanti, the birth anniversary of Shivaji, which falls on February 19, Chindam used insulting language about him, Rathod alleged.

A purported audio clip of the conversation went viral on social media, which was followed by a video circulated on WhatsApp, in which Chindam himself is purportedly seen offering an apology for saying objectionable things about Shivaji “unintentionally.”

Lok Sabha member and city BJP chief Dilip Gandhi told mediapersons that Chindam would be dismissed from the party. The situation in the city was under control, said inspector Abhay Parmar of Kotwali police station. The Shiv Sena and BJP are part of the ruling coalition in Maharashtra, though relations between the two parties are strained due to the Sena’s frequest swipes at the latter.