According to highly placed sources, the state government is thinking on similar lines. 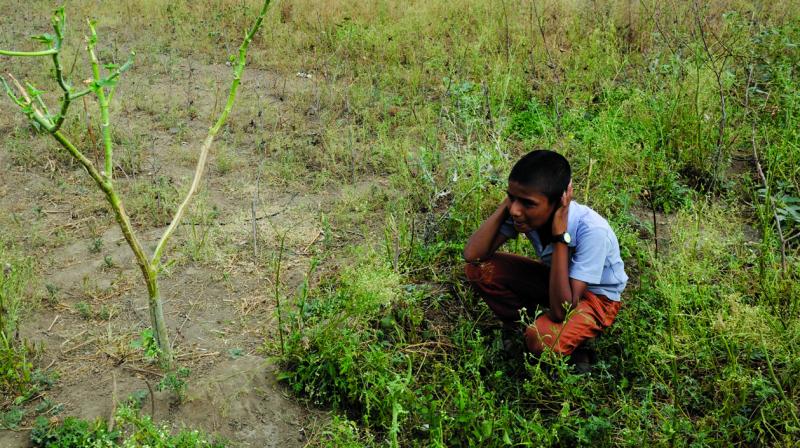 BJP is hoping to appease farmers by this move

The Devendra Fadnavis-led state government is mulling over the option of making a budgetary allocation of crop prices at 50 per cent over the Minimum Support Price (MSP), as per the central government’s stand on this. The state government will present its budget on March 9. According to sources, officers from the finance ministry and the Chief Minister’s Office are working on the proposal.

After losing badly in the by-elections in Rajasthan, the Bharatiya Janata Party (BJP) is taking measures to tackle negativity over rural distress. The Union budget declared various schemes for the welfare of farmers. The announcement of 1.5 times price of crops over the MSP was an important part of the strategy to woo farmers. According to highly placed sources, the state government is thinking on similar lines.

There are 16 crops for which the state decides prices. Generally, cotton, soyabean, tur and sugarcane are the politically sensitive crops and their prices set the tone for rural Maharashtra. The state government is thinking of declaring its decision of 1.5 times the MSP phase-wise. The first few crops will be brought under this scheme from the coming budget. As of now, cotton's MSP is Rs 4320, tur's is Rs 5450 and soyabean is Rs 3,050 per quintal. If the state government decides to declare it online, then cotton would go up to Rs 6400, tur to Rs 7,500 and soyabean to Rs 4,500. This hike will be unprecedented and could change the mood of rural Maharashtra.

Sensing the anger in the rural areas, the Congress and the Nationalist Congress Party are reaching out to every assembly constituency through their Jan Sampark and Hallabol Yatra respectively and are getting a good response from the public.

Vidarbha, Marathwada and North Maharashtra are the main regions which grow cotton, tur and soyabean. Sources confirmed that the state government may come up with scheme for these three crops as it could help it politically.