Lashing at the government for repeated suicides at Mantralaya, the opposition said that this shows the plight of farmers and poor. 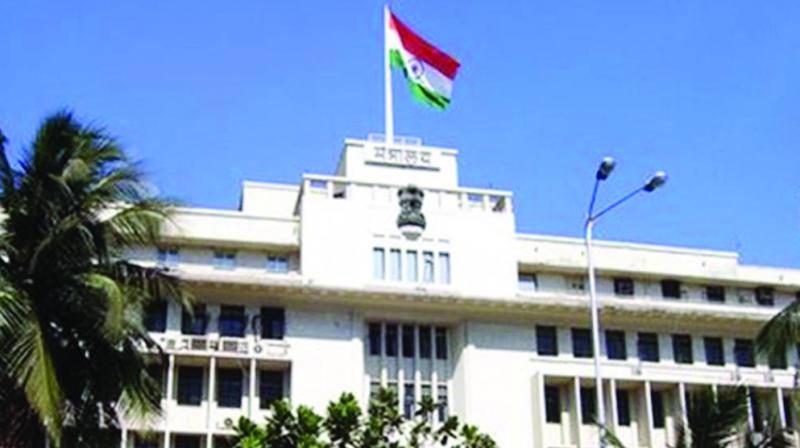 The Marine Drive police said that Ms Zalte wanted to highlight and protest against her brother-in-law, who allegedly had usurped her land in Nashik. Ms Zalte was rushed to the St. George Hospital by a woman constable and her condition is stable.

It may be recalled that on January 22, Dhule farmer Dharma Patil (84) too had consumed poison outside Mantralaya to protest against the unfair land compensation given to him by the government. There have been four suicides attempts outside Mantrayala. Police sources said Ms Zalte attempted suicide after the property dispute.

Primary investigation revealed that Zalte had come to Mantralaya to address the issue of land dispute. Vilas Gangawane, senior police inspector of Marine Drive police station said, "The incident took place on a road outside Mantralaya. She took a bottle of Corex cough syrup and drank 5ml from it." He added that a woman constable present there snatched the bottle from Ms Zalte.

Dr M. Gaikwad, medical superintendent of St George hospital, said, "She is under treatment." A senior medial officer who is conducting the medical evaluation said, " Ms Zalte confessed of taking some unknown substance. The bottle is with the police.

The doctor added that Ms Zalte is a state of shock and sobbing constantly. Sakhubai has been kept under observation and her counselling is going on. The doctor said that cough syrup consumed in small quantity is not harmful. "Consumption in large quantity can affect the nervous system and lead to hallucination and drowsiness," he said.

Psychotherapist Dr Ali Gabrani from Masina hospital said that people who are going though mental stress or depression can take extreme steps. "Some adapt the theme of copy cat suicide," Dr Gabrani said.

Lashing at the government for repeated suicides at Mantralaya, the opposition said that this shows the plight of farmers and poor. "It is a blot on CM's tenure that so many people are committing suicide at Mantralaya. This is because of the government's lopsided policies," Congress spokesperson Sachin Sawant said.