State told to give taxi, auto permits to Victoria riders

The state had informed the HC that it was in the last stage of framing policies in the Victoria rehabilitation programme. 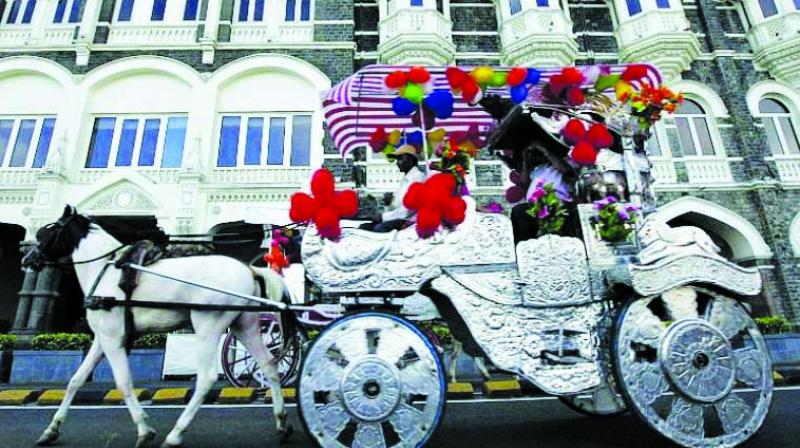 Mumbai: Taking note of the hardships faced by unemployed Victoria horse carriage coachmen, the Bombay high court (HC) has directed the state to issue taxi and autorickshaw driving permits to out of job Victoria riders. The state had informed the HC that it was in the last stage of framing policies in the Victoria rehabilitation programme. The committee appointed by the state on directions by the HC court to prepare a rehab programme for the horses, owners of the Victorias as well as their drivers is ready and will be placed in the cabinet for its approval. The court also suggested that rather than banning Victoria rides altogether, the state should contemplate on having joyrides in a limited space.

A division bench of Justices V M Kanade and A S Gadkari was hearing a PIL by an NGO, Animals and Birds Charitable Trust pointing to the cruelty horses drawing the Victoria carriages were subjected to while providing joyrides. Earlier, the HC had directed the state to enumerate steps it was taking to rehabilitate the horses, the coachmen and owners who lost their livelihood after the ban.