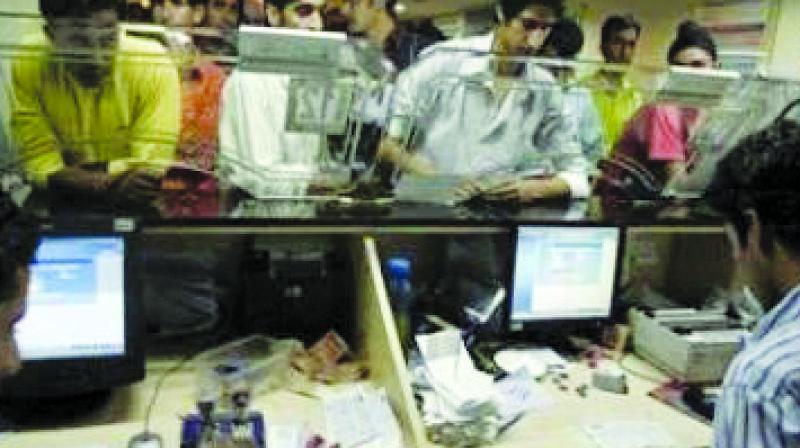 Representational image: The total liabilities have also gone up to Rs 5,946.15 crore by March 2017.

Mumbai: In a setback to Bharatiya Janata Party’s MLC Praveen Darekar, the National Bank for Agriculture and Rural Development (NABARD) has issued stern strictures against Mumbai district central cooperative bank for financial mismanagement and also detected new fraudulent cases. Mr Darekar is chairman of the bank. The Maharashtra regional office of NABARD has completed its inspection report on the bank.

In its strictures on bank’s violations, NABARD report stated, “The gross NPAs of the Mumbai bank stood at Rs 169.40 crore as on March 2017. It showed an increasing trend in absolute term as compared to the previous year which in turn, may lead to increase in non-earning assets like interest receivable and non-performing asset. This also shows that the bank is exposed to high credit risk.”

The NABARD report also pointed out to the fraud of cooperative societies. “Major fraud perpetrated by 59 urban cooperative credit societies in connivance with the bank staff, which came to light after a complaint made by one of the directors of the bank, in November 2011, where total exposure of the bank to those societies was to the extent of Rs 119.93 crore,” report stated. The report also states that though the bank has initiated steps for the recovery of the loan, but the efforts are slow. “As on March 31, 2017, out of 59 societies from 10 societies 100% recovery has been made. There was no concrete efforts to recover the amount of Rs 97.87 crore involved in fraud cases in respect of 49 societies,” NABARD stated.

Under the head of Analysis of profit and loss account and accounting procedure, NABARD report stated that interest income in loss and advances has shown decreasing trend in the last three years. The interest received on loans and advances which was at Rs 205.12 crore in 2014-15 and it decreased to Rs 167.73 crore in 2015-16. The interest further deceased to Rs 148.07 crore for 2016-17. The same was on account of substantially decrease in the loan portfolio as also very low margin in the business.