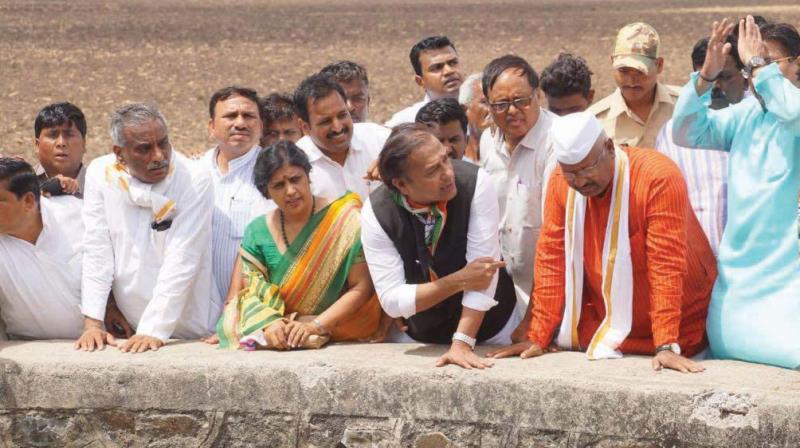 Congress delegation visits the family of the victim.

Mumbai: Union minister and Republican Party of India (RPI) leader Ramdas Athawale claimed on Saturday that the families of three dalit boys who were brutally assaulted in Wakdi village in Jalgaon were under pressure and feeling insecure.

Mr Athawale stated that he asked the additional SP to give the families police protection, which was “done immediately.”

Opposition leaders have alleged that guardian minister Girish Mahajan and the police have been pressurising the parents of the boys to withdraw the cases. Mr Athawale said, “I have assured them of protection and support. They will not withdraw the case, and the accused will be punished.”

Mr Athawale, who visited Wakdi on Saturday and met the families of the boys, gave Rs 25,000 each to the families on behalf of the RPI. The parents of the boys have made a statement to the police and before the local court that they didn’t have a complaint against the accused. Mr Mahajan confirmed this too, which caused some politicians to claim that the families were being subjected to pressure. In reference to this, Mr Athawale said, “I asked them (the families) to give a proper statement to the police and the court.”

The government will provide educational facilities and hostels to these boys free of cost and will provide financial help via the Annasaheb Sathe Corporation, the minister said.

I will meet chief minister Devendra Fadnavis soon and demand that he punish the accused as early as possible, said Mr Athawale. There are still tensions between upper caste people and dalits. But in this case, I observed that the accused had not beaten the boys because they were dalits.”

The police has booked the accused under the Atrocities Act, but Mr Mahajan denied a caste angle in the incident.

Meanwhile, a delegation from the  Congress’ Maharashtra unit on Saturday visited Wakdi. MLA Abdul Sattar, who led the delegation, said that the families of these boys are extremely poor and were living in fear.