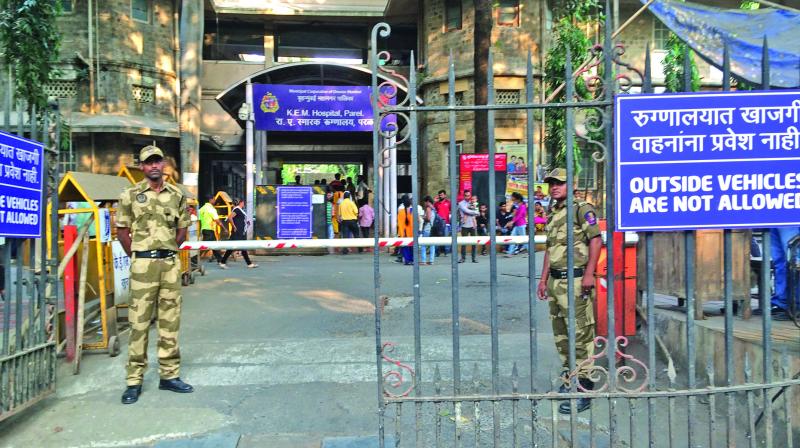 The required stock had exhausted in November 2016 and is yet to be replenished.

Mumbai: The BMC hospitals ran out of some essential laboratory kits used to detect diseases, including dengue and malaria, eight months ago, but their stocks are yet to be replenished. The BMC had recently put up the proposal to award the contracts for procuring the kits. The stock was exhausted in the month of November 2016.

The issue was raked up in the civic standing committee meeting wherein the councillors slammed the health department for the delay in issuing new tenders for purchase of laboratory chemicals and kits.

The BMC prepares schedules, which is a list of drugs or equipments that needs to be procured from the civic health department. There are a total of nine schedules, which contains life saving capsules and other essential lab kits.

According to councillors, till now the BMC has purchased only two schedules.

“I agree that some of the schedules are delayed, several reasons like recent civic polls and technical glitches can be cited as the reason for delay, but we try to make the stock available by making local purchase,” said Dr. Avinash Supe, dean of civic-run KEM  hospital.

A list of 154 items is still pending to be delivered which includes lab chemicals and kits at all the civic-run hospitals, dispensaries and maternity homes in the city.  The proposal for the same was brought to standing committee meeting, but was rejected and kept on 'record' after the councillors slammed the negligence on part of the department.

According to the councillor, schedules pertaining to generic medicines are also not yet purchased by the department.

“There is a nexus between hospitals and private chemists wherein they force the patients to buy medicines from particular chemist near the hospital,” Rais Shaikh, SP councillor.

The civic-hospitals of the city are lacking important test kits which can detect diseases like dengue, malaria, swine Flu etc from the past eight months. The stock got over in November 2016. A total of 154 laboratory chemicals have to be purchased. Hospital requirements like stents, syringes and blood bags are yet to be procured.