FYJC: 3000 yet to get seats even after special round

The department received applications from 19,336 students in the special round for online admission to FYJC. 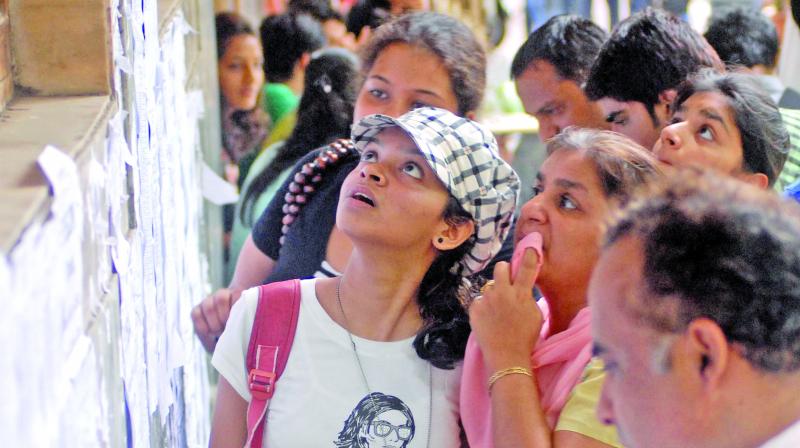 On Wednesday, 16,253 applicants were alloted seats.

Mumbai: The state school education department on Wednesday allotted first year junior college (FYJC) seats to 16,253 applicants. These applicants have not got admission despite four merit rounds. The department received applications from 19,336 students in the special round for online admission to FYJC.

Still, over 75,000 seats are vacant and the number of students who haven’t got admission is around 3,000. Details of these students will be sent to the state education department, which in turn will announce dates of the next round to place them in different colleges.

A source inside the department confirmed that the 16,253 students who were allotted seats on Wednesday had not got a single seat in the four rounds conducted between July and August. A department official said, “The remaining students’ details have been submitted to the state education department on Wednesday, and it will decide what to do with the leftover students.”

More than 10,000 students are still waiting to secure admission after being termed “disqualified” as they were allotted their preferred colleges in the first list itself but did not take admission as they were not satisfied. All students are being sent a message on their mobile number which says, “If your name has not been allotted to any college after the special round, keep checking the ‘school education and sports department’ website for details of the next round’.”