No bullock cart races till cruelty rules are framed

The government has to file its response within two weeks. 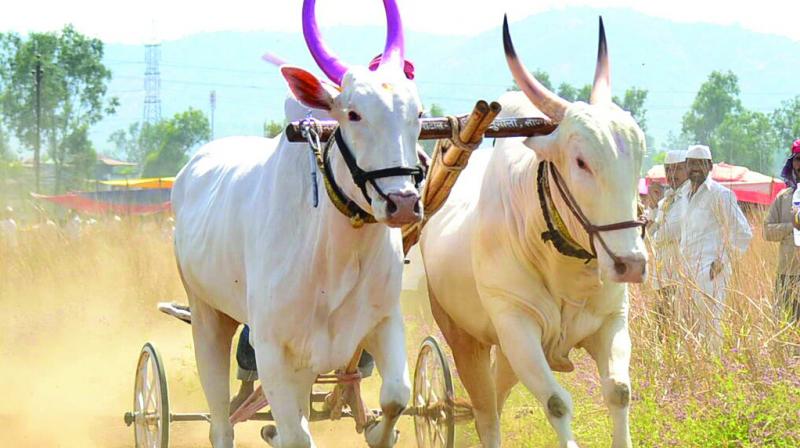 The guidelines will be reviewed before implementation.

Mumbai: The Bombay HC on Wednesday restrained the Maharashtra government from granting permission for bullock cart races until the government framed rules to ensure that no cruelty to animals was involved.

A division bench of Chief Justice Manjula Chellur and Justice N.M. Jamdar said that as the government till date had not framed rules as envisaged in the amendment to the Prevention of Cruelty to Animals Act, it could not grant permission.

The court was hearing a public interest litigation (PIL) filed by Pune resident, Ajay Marathe, that brought to the court’s notice a bullock cart race to be organised in his district on Thursday, and sought a stay on the same.

Following in the footsteps of Tamil Nadu which enacted a law to regularise its rural sport, Jallikattu, the Maharashtra assembly in April this year passed legislation for resumption of bullock cart races across the state. The races had been banned since 2014 on grounds that they caused pain and suffering to bullocks.

On Wednesday, Chief Justice Chellur said, “Till rules are framed under the act, the state government cannot grant permission for bullock cart races. Even if and after rules are framed, we will first go through the same and only after our nod, the races will be permitted.”

“The state is obligated to evolve a mechanism or procedure on how it proposes to ensure that no harm or suffering is caused to animals,” she said. The court referred to the Supreme Court order saying, “As per the apex court order, bulls cannot be viewed as performing animals because they are not fit for that purpose. They are not horses.”

The government has to file its response within two weeks.

The petitioner on Wednesday informed the court that under the amended Act, anyone found harming animals would face a sentence of maximum three years or fine of Rs 5 lakh.