The Department of Telecommunications (DoT) has said the scam caused a loss of `49 crore to the Indian government. 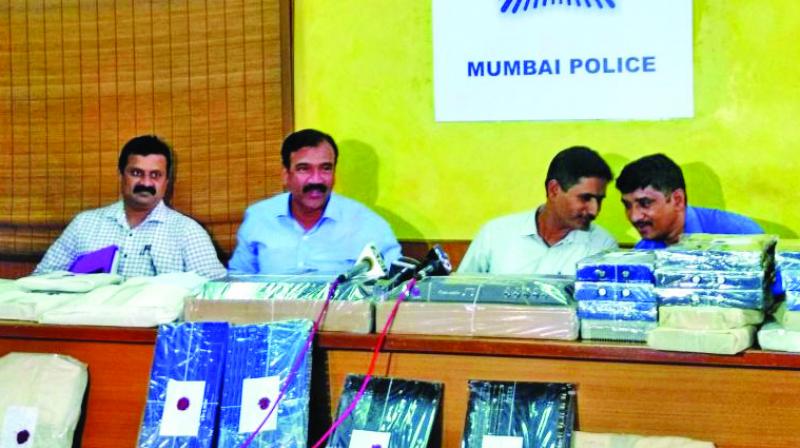 The police has arrested five persons in connection with the Govandi-Trombay phone exchange scam so far.

Mumbai: Days after busting an illegal telephone exchange in Govandi-Trombay, the Mumbai crime branch has recovered 37,000 pages of call logs. The logs are of 3.7 crore calls, out of which 99 per cent were received from Gulf countries.

The Department of Telecommunications (DoT) has said the scam caused a loss of `49 crore to the Indian government.

“The logs are details of the callers and recipients, which are now being verified. The details of amount of money generated and sent to Chinese banks are also being looked into,” said a crime branch officer.

The officials have also identified a Dubai-based person who arranged training for the main accused in China to convert Voice over Internet Protocol (VOIP) calls into normal phone calls. He is said to be an Indian whose antecedents are being gathered.

The crime branch has learnt that the SIM boxes and servers were imported by Nazim Shaikh, one of the accused, from China. Sources said that the Chinese company also went ahead and exported it despite knowing that the machines are illegal in India. The officials are ascertaining if the said machines were detrimental to national security.

The crime branch has seized 50 SIM boxes, each costing `45,000 that were illegally imported from China as amplifiers, along with over 200 SIM cards from various locations in the Govandi-Trombay belt.

Most of the SIM boxes were fixed at the residences of slumdwellers by the accused persons Nazim Shaikh (27), Shams Shaikh (34), Shahid Jamal (36), Noor Mohammad Shaikh (35) and Nassir Hussain (30). They were arrested by a team of crime branch unit 5 headed by officer Ajay Sawant.

“Nazim learnt of this technology and in order to make a quick buck, he began researching on the Internet. He came across a person named Mohan in Dubai, who promised to assist him set up the telephone exchange and arranged training for Nazim in China,” said a crime branch officer.

Investigations conducted by the state Anti Terrorism Squad (ATS) and the crime branch revealed that the accused used latest SIM pooler technology and the SIM boxes that were seized had multiple SIM slots. Some servers of the exchange were placed in Govandi/Trombay and others were installed in the United Kingdom. Around 99 per cent of the calls originated from Gulf countries, where virtual calling SIM cards are sold openly. The callers would deposit money via online transactions into banks in Hong Kong.