The Sena chief has also dared the Centre to abolish the Article 370 of the Constitution. 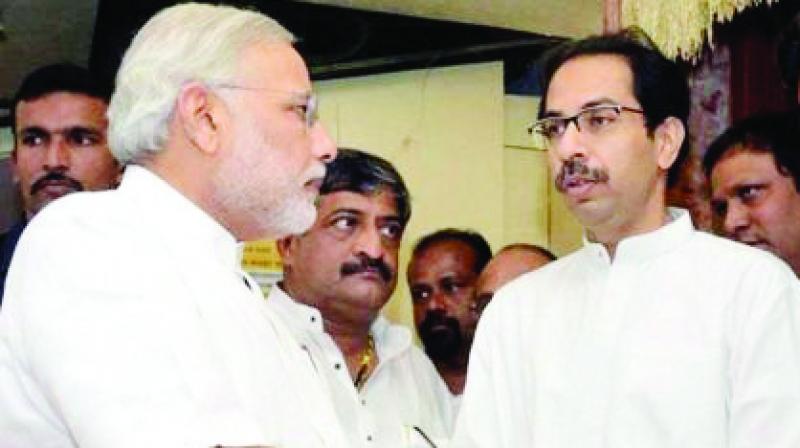 Mumbai: Shiv Sena chief Uddhav Thackeray has criticised Prime Minister Narendra Modi’s Independence Day speech in the party mouthpiece Saamana on Wednesday. Referring to the PM’s remarks on Kashmir, Mr Thackeray said, “nobody had ever thought of this solution.” He has termed the speech as mere rhetoric and unoriginal. The Sena chief has also dared the Centre to abolish the Article 370 of the Constitution so that people from across the nation can “visit Kashmir and embrace its people.”

From the ramparts of the Red Fort yesterday, Modi, in his Independence Day speech said, “Na gaali se samasya sulajhne wali hai, na goli se, samasya suljhegi Kashmiri ko gale lagane se (Kashmir problem cannot be resolved by either bullets or by abuses. It can be resolved by embracing Kashmiris).”

Referring to the speech, Uddhav said, “I wonder why nobody thought of this solution before. Now to put this thought into practice, abolish Article 370 of the Constitution so that hordes of people from across the country can go there (Kashmir) and embrace its people.”

Taking a dig at Modi’s speech, the Sena chief recalled that Modi named Mahatma Gandhi and Gautam Buddha for non-violence. “But when former vice president Hamid Ansari said that Muslims do not feel safe in the country, the followers of RSS threatened him and asked him to leave the country. Ansari’s apprehension and Modi’s remarks (about non -violence) has connection with each other. Violence in the name of faith is prevalent in the country, which frightens not only Muslims but the Hindus as well.” he said.

Uddhav further questioned why the government was not as strict against those who refuse to sing ‘Vande Mataram’ as the way it was about implementing demonetisation and GST. The Prime Minister had promised to bring back black money from foreign banks and deposit `15 lakhs in each person’s account, it said, adding, “We believe this will be done in the next two years.”