Rai, on Monday, submitted a letter to the Khalapur police station, complaining that 76 dogs went missing and 12 were killed. 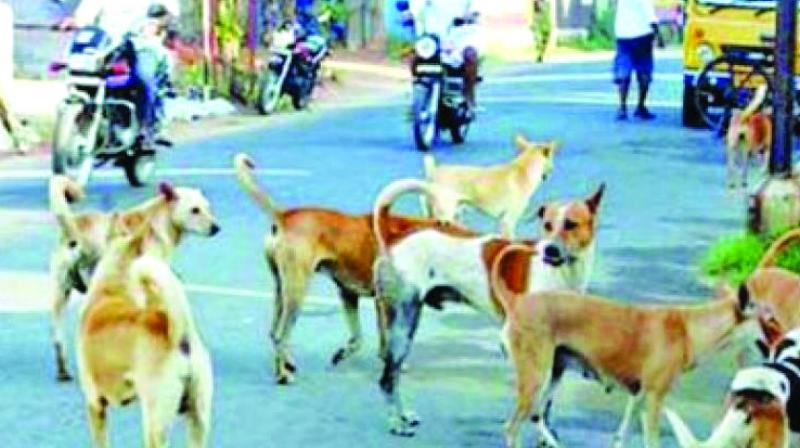 Representational image: Activist claimed that out of 217, only 35 were found alive last night.

Mumbai: Roxanne Davur, an animal rights activist, alleged that of the 217 dogs that were found abandoned at a Khalapur privately-run dog shelter, only 35 were found alive last night after villagers killed most of the others. She is now seeking help via social media to get these dogs adopted. The shelter in Khalapur lies on NH4 between Mumbai and Pune, just before Khapoli.

Speaking to The Asian Age on Tuesday, Davur said, “It is a massacre. The villagers have killed innocent dogs, and the rest of the dogs are missing. The police are also not taking any action against the people who killed these dogs.”

The shelter home belongs to Renu Rai and is meant for Animal Birth Control (ABC).

Rai, on Monday, submitted a letter to the Khalapur police station, complaining that 76 dogs went missing and 12 were killed.

However, senior police inspector Jameel Shaikh of Khalapur said, “The shelter home for dogs is illegal and it has no compound wall and no caretaker for the dogs. The villagers have written letters to the gram panchayat since the dogs are freely roaming in their fields and harming their hens,” he said.

Refuting the allegations that the dogs were killed, the Raigad Superintendent of Police, Anil Paraskar (IPS) said, “All these allegations are false, we just found one dog’s carcass which we have sent for a post-mortem. There was no external injury marks on the dog’s body.”

The police claimed that Rai’s husband was the caretaker of the shelter and after his demise there was no one to take care of dogs.

“The dogs do not have food to eat and water to drink. Since there is no compound wall the dogs roam outside for food. The dogs admitted here are frail, weak and old, there is no such doctor to take care of them,” said Shaikh.