Industries minister Desai was alleged for denotifying 12,000 hectare of MIDC land all over the state worth around Rs 60,000 crore. 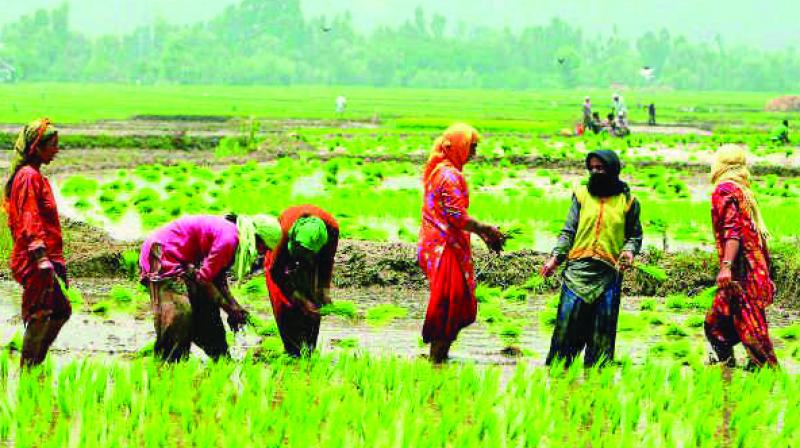 Implementation of loan waiver will be discussed at meeting in Mumbai on August 18.

Mumbai: Once again taking up the farmers' cause, Shiv Sena chief Uddhav Thackeray has convened a meeting of all its ministers and district representatives at Sena Bhavan on August 18. Some Sena leaders said that the party would discuss issues like implementation of loan waiver, monsoon condition in Maharashtra and issues to be raised by the government.

A Sena leader said that the party chief would be taking a stock of the works done by its leaders for farmers across the state. “There are many other issues to be talked about. Implementation of the loan waiver given to the farmers is also our priority. We have been told to ensure that the farmers should get the benefit of the loan waiver. Also, the monsoon is not so good in the state. There is fear of water shortage this year. There are many such issues likely to be discussed in the meeting,” the leader said.

The Sena's meeting would be held a day after state BJP executive meeting scheduled on Thursday. The BJP leaders would also be talking about loan waiver given to the farmers.

The Sena had conducted many programmes for the farmers. The party had also supported farmers' agitation for various demands related to farming.

“All the ministers and district representatives would be attending the meet. The leaders would explain the works done by them and difficulties faced while working in rural areas. It is an internal party meeting,” the leader said.

The meeting is also important in the backdrop of corruption allegations made against Shiv Sena minister Subhash Desai during the monsoon session of the legislature.

Industries minister Desai was alleged for denotifying 12,000 hectare of MIDC land all over the state worth around Rs 60,000 crore.

Desai offered his resignation to chief minister Devendra Fadanvis who refused to accept it. Mr Thackeray also stood by his minister firmly then.