According to a BEST spokesperson, there were no passengers inside the vehicle, hence no casualty was reported. 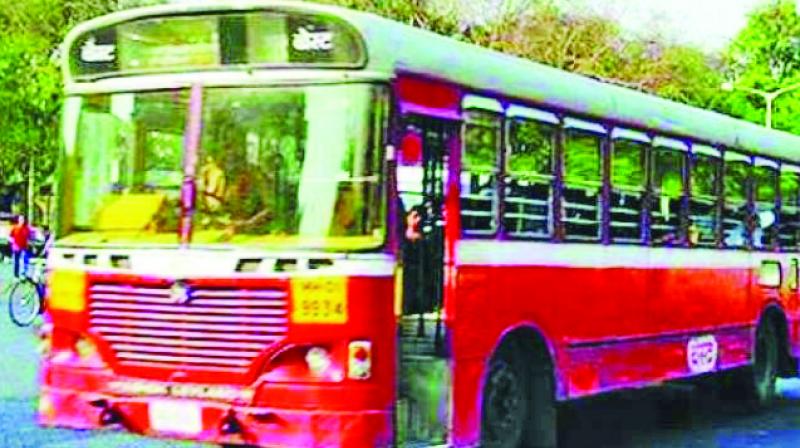 The bus was hit by the beam near the Mahindra signal at Kandivali .(Representational Image)

Mumbai: In yet another metro-related accident, a reinforcement cage fell on a Brihanmumbai Electric Supply and Transport (BEST) bus Thursday morning although there was no casualty. The bus was hit by the beam near the Mahindra signal at Kandivali (east). The incident took place at the construction site of metro 7 (Andheri east to Dahisar east). MMRDA (Mumbai Metropolitan Region Development Authority) has ordered a probe into the accident.

“While fixing a three metre bottom shutter with a Hydra crane at 11.30 am near Thakur Complex, Kandivali, the reinforcement cage got slightly bent and touched the roof of a BEST bus owing to sight constraints despite providing a wire sling block from all four sides,” said Dilip Kawathkar, joint projects director, MMRDA. “The metro 7 corridor MMRDA team working on the  immediately removed the pier reinforcement to a safe place,” he added.

According to a BEST spokesperson, there were no passengers inside the vehicle, hence no casualty was reported. The bus driver escaped unhurt.