Doctors at the trust-run hospital are treating the baby for pneumonia. 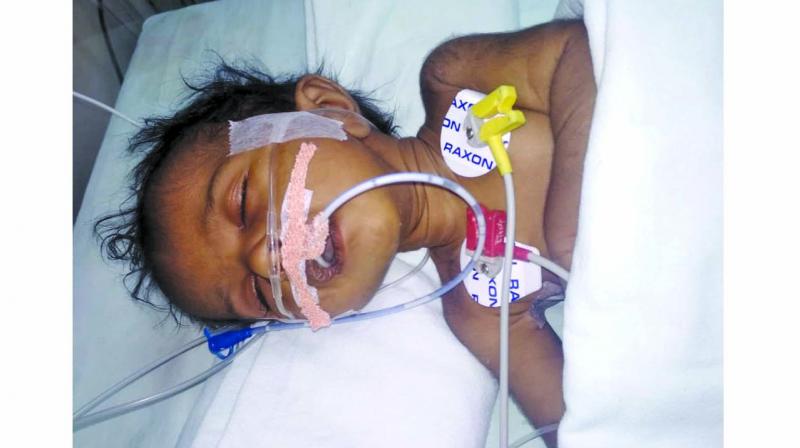 Mumbai: A two-month-old baby from flood-affected Sangli was rushed to Wadia Hospital in Mumbai on Friday. Doctors at the trust-run hospital are treating the baby for pneumonia.

“The girl is recuperating and is kept under observation. Initially, she was diagnosed with pneumonia. But after further medical check ups, we concluded that the baby is suffering from congenital heart disease,” Dr Shakuntala.Prabhu, Medical Director, Wadia Hospital For Children said.

The National Disaster Response Force (NDRF) had rescued the two-month-old Shivanya, along with her parents, Sandip and Aarti Shinde, in Sangli.

Initially thought to be suffering from fever, Shivanya was later taken to a medical camp, where doctors diagnosed her with pneumonia and asked the family to seek further treatment in Mumbai.

“The massive floods affected her health. We had to bring our baby to Mumbai as per the suggestion given by doctors in the medical camp,” Ms Shinde said.

Recently, Sangli and Kolhapur districts experienced unpre-cedented floods. The National Disaster Response Force and defence force were sent to these areas to rescue and relocate people to safer locations.

Meanwhile, the death toll due to the floods between August 5 and 11 reached 54, with recovery of more bodies in Sangli district.