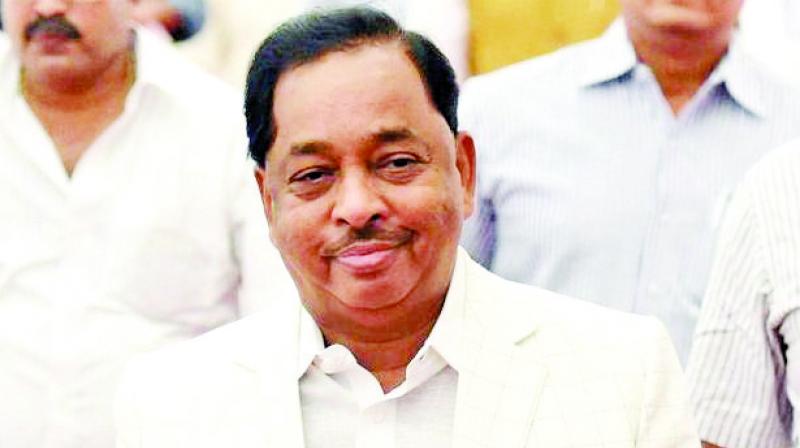 Both the leaders, who were speaking at the launch of Mr Rane’s autobiography, also recalled the time when the leader decided to switch his loyalties from the Sena to the Congress in 2015.

The BJP leader said, “Relations between me and Mr Rane are very close. So when he decided to quit the Sena and join the Congress, I tried to dissuade him in every possible way, saying it was the wrong decision. If you had not joined the Congress and remained where you were, the history of the state would have been different.”

Mr Pawar too hinted that it was a mistake to quit Sena. “He quit because of his nature not to tolerate injustice. He had the options of either joining Congress or NCP. He chose Congress by picking up a chit. Now let him decide whether it was a mistake or grave mistake,” he said.

Mr Rane was the chief minister for a very brief period. Had he got a longer tenure as a CM, he would have definitely made a difference, Mr Pawar added.

Speaking on the occasion, Mr Rane eulogised the late Sena chief Bal Thackeray, saying he became the chief minister because of him. But he
ridiculed his son and present Sena chief Uddhav Thackeray by calling him ‘Aaitya Bilavar Nagoba (Someone who has received everything on a platter)’. “Uddhav will never understand how the Shiv Sena was built due to the efforts of several Shiv Sainiks like us. He should introspect how much love his father received from Sena workers,” said Mr Rane.

Mr Rane, a former Sena heavyweight, was the chief minister for nearly nine months in 1999. He quit the Sena over his differences with Uddhav Thackeray, the then executive president of the party, in 2005. He later joined the Congress over the alleged promise that he would be made the chief minister, which was never to be. In 2014, he lost the Assembly poll to Sena’s Vaibhav Naik. A year later, he lost again in a bypoll at Bandra constituency. Even though he was made an MLC from the Congress, he again quit the party in 2017 and formed his own outfit, the Maharashtra Swabhiman Party (MSP). He was made Rajya Sabha MP from the BJP’s quota in 2018.

In his autobiography, Mr Rane has made several revelations. In a scathing attack on Uddhav Thackeray, he claimed that in 2002, Uddhav and the late BJP leader Gopinath Munde tried to topple the Congress-NCP government, but failed. Mr Rane has also spoken about the MNS chief Raj Thackeray. “In 2005, after quitting the Sena, Raj came to me with a proposal to form a new party together, saying he felt harassed by Uddhav. However, I did not accept the offer as I was aware of his working style,” wrote Mr Rane in the book.