At an event on Sunday, the Aam Aadmi Party (AAP) supremo also said that he wanted the economic situation of the country to improve. 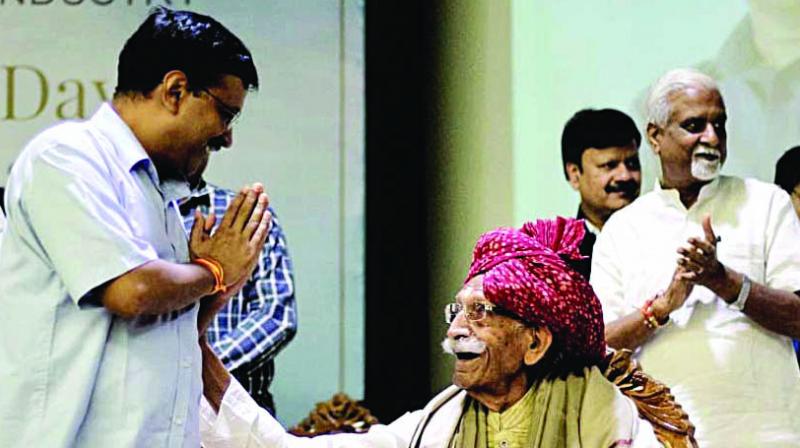 New Delhi: Saying that he understands the pain of traders as he belongs to that community, chief minister Arvind Kejriwal has claimed that the national capital has not felt the “pinch” of the economic slowdown because of the AAP government’s schemes.

At an event on Sunday, the Aam Aadmi Party (AAP) supremo also said that he wanted the economic situation of the country to improve.

Mr Kejriwal said: “I am from a traders’ family myself and I understand the agony, pains, and problems faced by traders very well. In this period of economic slowdown, the people of Delhi are not feeling the pinch as much because of the Delhi government’s schemes.”

Trade has “slowed down” and there has been no increase in the salaries of people, although their expenses have been rising, the CM said, adding that his government has provided a lot of support to the people of Delhi so that they did not feel the pinch of the slowdown in the economy.

“We waived electricity bills up to 200 units. We provided free water and waived the old water bills. Now, travelling in a bus will also be free for women,” he said.

Mr Kejriwal claimed that the economy is passing through a “huge recession” and appealed to the Centre to take the necessary steps to turn it around.

“I came across many traders today who told me that their turnover had reduced by around 30 to 40 per cent. I hope the economy will improve soon so that trade also improves. We appeal to the Central government to take all necessary steps to improve the economy,” he said.

The CM asserted that his government is sensitive towards traders and that it always takes care of their interests.