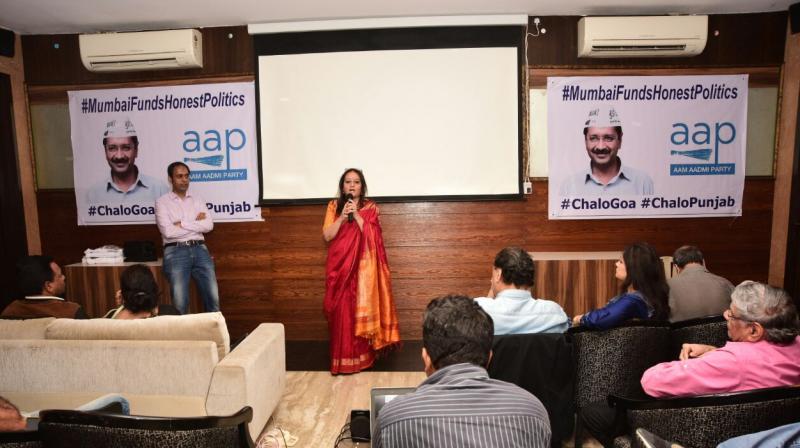 Mumbai: The political slugfest over the metro car shed at Aarey does not seem to be ending. After Congress, Nationalist Congress Party (NCP) and the Maharashtra Navnirman Sena (MNS), the Aam Aadmi Party (AAP) has come out in support of the Save Aarey campaign.

“Aaditya Thackeray has betrayed us in saving Aarey as he has done nothing apart from issuing bold statements and posting fancy tweets. Despite Mr Thackeray’s stand, the Shiv Sena-led Brihanmumbai Muni-cipal Corporation (BMC) permitted the MMRC to remove 2646 trees in Aarey,” Ms Menon said in a press conference.

The BMC Tree Authority cleared the proposal last month to cut 2185 trees and transplant 461 trees in Aarey for building Metro 3 car shed. Despite protests, the BMC on September 13 granted formal permission to MMRC to go ahead with the proposal.

Terming Mr Thackeray’s plan to set up a zoo in Aarey as ‘immature’, Ms Menon added that the Yuva Sena chief has a childish obsession with zoos.

“Environment cannot be protected by zoos but by nurturing our forests and building sanctuaries. The environment ministry comes under Shiv Sena. It can easily stop MMRC but it is silent while Mr Thackeray keeps tweeting,” she said.

In June, the government had signed a MoU with the BMC to set up an international standard zoo at Aarey Colony.

The AAP spokesperson also demanded the resignation of MMRC MD Ashwini Bhide. “Everyone is aware that there are multiple options to build metro car shed. If Ms Bhide believes that without Aarey she cannot build the metro, then she is only showing her incompetence and should resign. There are many capable officers who can build it at alternate sites,” the AAP national spokesperson said.