Congress, NCP to contest 125 seats each in Maharashtra

The veteran leader also announced that the NCP will give a chance to ‘new faces’ in the Assembly election. 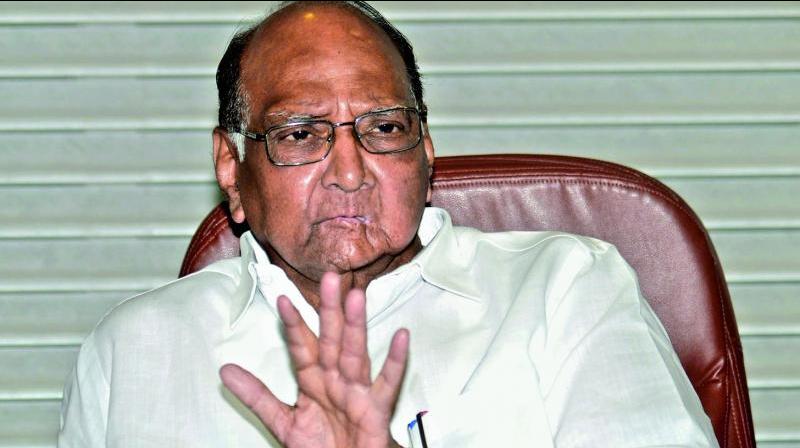 Mumbai: While the ruling Bharatiya Janata Party (BJP) and the Shiv Sena are yet to finalise a seat-sharing deal, Opposition parties — Congress and Nationalist Congress Party (NCP) — have sealed the pact by deciding to contest on 125 seats each in Maharashtra. The remaining seats will be left for the allies.

Confirming the development, NCP chief Sharad Pawar on Monday tweeted, “The NCP and the Congress will contest on 125 seats each in the upcoming Maharashtra Assembly election. Other allies will get the remaining 38 seats.”

“Though the seat-sharing pact has been finalised, parties are yet to decide on other important factors, including who will contest from which seat and names of the candidates to be fielded,” Mr Pawar said, adding that a decision will be taken on how many seats will be allocated to allies like Swabhimani Shetkari Sanghatana (SSS), Bahujan Vikas Aghadi (BVA), Peasants and Workers Party of India (PWP) and left parties.

He further said that NCP will exchange some seats with the Congress.

The veteran leader also announced that the NCP will give a chance to ‘new faces’ in the Assembly election.

The finalisation of the seat-sharing pact comes in the wake of several high-profile exits from both the parties, primarily from the Pawar-led party.

Many of those who left, have joined the BJP and a few decided to switch their loyalty to the Uddhav Thackeray-led Shiv Sena.

In the Lok Sabha polls, both the Congress and the NCP had received a severe drubbing at the hands of BJP and Sena.

In 2014, both the parties had contested the Assembly polls separately, ending their 15-year alliance over a disagreement on seat sharing. The NCP and the Congress had won 41 and 42 seats respectively. The BJP, which had emerged as the single-largest party with 122 seats, entered a post-poll alliance with Shiv Sena and formed a government.