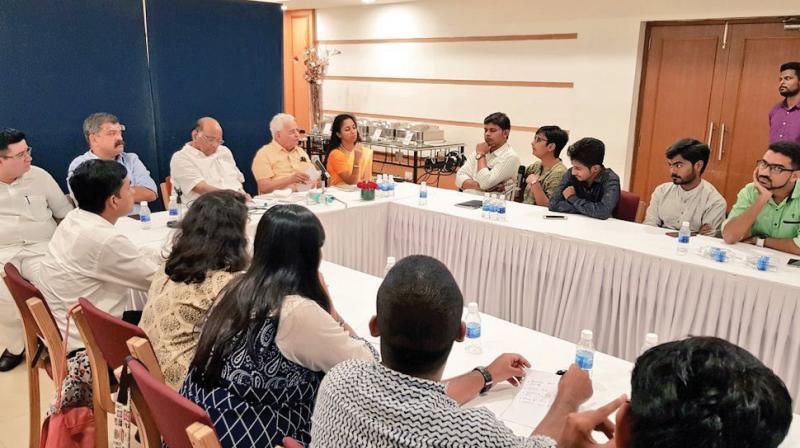 “This has boomeranged on those who used social media to malign other’s image. Youth have started expressing their opinions in thousands, and the government is trying to shut their mouth. Unfortunately, Officer on Special Duty (OSD) to CMO is with the help of police trying to pressurise youths. We want CM Fadnavis to intervene,” said a Saamana editorial.

War of words has erupted over Mumbai cyber crime branch’s decision to send notices to youths from Mumbai and other parts of the state. There is a buzz about the Union government forming a special law to control the ‘hateful’ posts on social media.

“The Bharatiya Janata Party (BJP) had used social media for campaigning. But recently, the police has started sending notices to youths. These youth are writing about the failure of the BJP to fulfil promised made by it in 2014. Is it wrong to say so? If so, PM Modi should clarify,” said the Saamana editorial.

Saamana editorial also attacked the chief minister’s OSD. “There is an OSD of CM who keep throwing mud on political opponents. The person is a government employee, and so it is not right for him to do so. Maharashtra’s politics has cultural, and this act from CM’s office doesn’t suit the tradition. CM is sensitive enough. He must take notice,” said editorial.

Mr Pawar met them on Saturday and also expressed displeasure about CM Fadnavis’ OSD involvement in it. “I will personally talk to CM Fadnavis and brief him about the issues,” Mr Pawar said.

NCP chief Sharad Pawar also urged them to speak out against the “wrong policies of the government and oppose growing incidents of intolerance and fascism across India”.