Tejas riders who fell ill were given quality food: CR

In the report and meeting, it was revealed that there were two tourist groups travelling - one from Himachal Pradesh and the other from Kolkata. 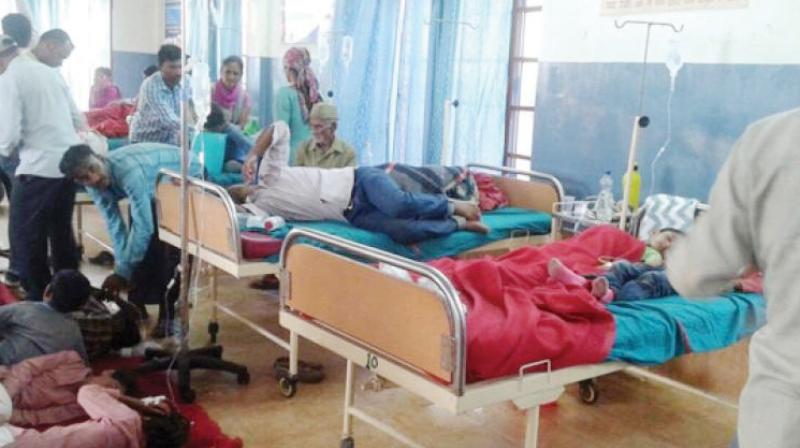 15 passengers of Tejas Express had to be admitted to a hospital after they complained of ill health.

Mumbai: A day after 15 passengers onboardthe Goa-Mumbai Tejas Express, a premier amenities-rich train, had to be admitted to a private hospital in Chiplun after they started complaining of nausea and diarrhoea, the railway has managed to absolve itself of blame, holding passengers responsible instead. A probe carried out by the railway into the incident has concluded that food quality served on Tejas Express was satisfactory in quality and in no way contributed to the passengers’ condition.

Apparently, the uneasiness reported by members of one of the two tourist groups aboard the train and the subsequent vomiting on the coach floor by a couple of them vitiated the air quality inside the train and triggered uneasiness and vomiting in co-passengers.

A committee comprising senior divisional commercial manager of central railway (CR), additional general manager of IRCTC, and additional chief medical superintendent (ACMS) of CSMT was formed to inquire into the food poisoning incident, soon after it occurred. After taking feedback about the quality of food from other passengers, the committee concluded that the quality of food served on the train was satisfactory.

In the report and meeting, it was revealed that there were two tourist groups travelling - one from Himachal Pradesh and the other from Kolkata. Two children belonging to the Himachal group vomited in the coach itself, following which, the smell triggered uneasiness among other co-passengers with two more children vomiting on the coach floor. This further vitiated the air quality in the AC coach and there was vomiting by a fifth and sixth child as well. This led to uneasiness among the parents.

The Konkan Railway said on Monday that all passengers who took ill after breakfast due to food poisoning on the Mumbai-bound Tejas had been discharged from hospital.