More than 2K cases of dengue-like illness in October 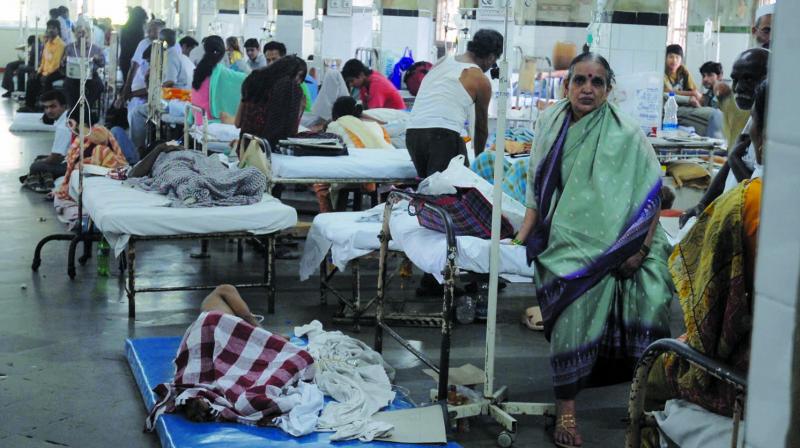 City has already seen 2,173 cases of dengue this month

Mumbai: A 39-year-old man from Andheri succumbed to malaria bringing the count of those who died from malaria this year in the city to three. According to Brihanmumbai Municipal Corporation (BMC) data, 2,173 cases of dengue-like illnesses have been admitted between October 1 and 15 this year as compared to 3,293 last October. This year, 12 persons died due to dengue in the city.

Commenting on the recent death due to malaria, Dr Padmaja Keskar, executive health director BMC, said, “The patient had fever with chills for three to four days. He died on the day of admission.”

According to BMC’s epidemiology report, in the period between September 1 to October 15, 205 cases of malaria, nine cases of lepto, 184 cases of dengue, 257 cases of gastro, 32 cases of hepatitis, 13 cases of H1N1 were reported in city. However, there was no incident of cholera recorded in the city.

According to the BMC health department, the past few weeks have witnessed a rise in dengue cases.

Health officials attributed the rise in the number of cases to a combination of heat and lack of rainfall in October.

In a recent survey by the BMC, a total of 669 houses and 3,510 people across the city were screened and five cases of fever, one case of diarrhoea and one case of hepatitis were found and referred to a nearby dispensary.

Pest control activity was also undertaken. Of the 1,276 houses visited and the 1,326 containers checked, none showed the presence of anopheles mosquito breeding. Fogging activity was undertaken in around 350 houses across the city. Mosquito breeding was found on tarpaulin sheets of many houses. During surveillance, blood smears were collected from 21 males and 20 females for testing.

Aedes mosquitoes, which are carriers of the dengue virus, attack during the day.  According to BMC officials, the civic body intends to battle to eliminate dengue and malaria in the city. It plans to spend Rs 42.72 crore on pesticides. For containment of dengue and malaria breading, pyrethrum extract will be used.