Rubina approached the high court seeking release on furlough for 14 days after the jail authorities rejected her application for the same. 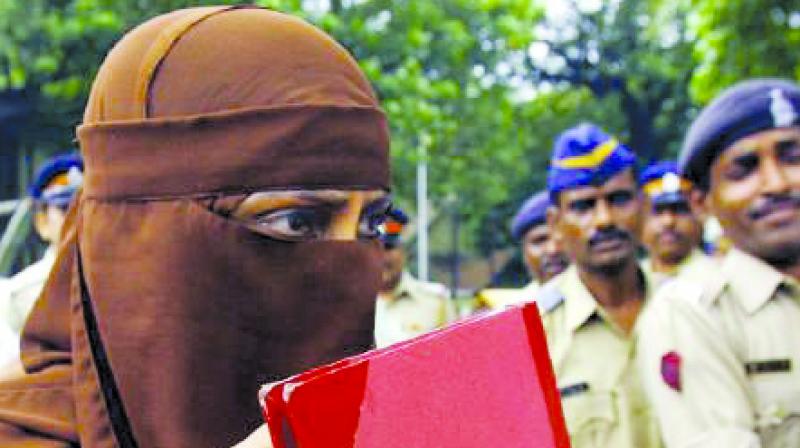 Mumbai: Rubina Suleman Memon, who was convicted and sentenced to life imprisonment by the special Tada court in the 1993 serial bomb blasts case, has approached the Bombay high court seeking her release on 14 days furlough.

Advocate Farhana Shah told the division bench of Justice V.K. Tahilramani and Justice A.M. Badar that Rubina has been behind bars for around 11 years but has not been granted furlough till now.

Rubina approached the high court seeking release on furlough for 14 days after the jail authorities rejected her application for the same and later, DIG, Prisons, also rejected her appeal.

The bench asked the lawyers if Rubina was entitled for furlough after the Home Department notification issued on February 23, 2012. The notification says convicts serving sentence for offences related to terrorist activities cannot avail furlough leave.

On this advocate Shah told the bench that there are a quite a few co-accused, including Essa Memon -- who is also part of Memon family -- and another accused Sardar Khan who was awarded death sentence but later Supreme Court had commuted his death sentence, were also granted furlough. She told the bench that order copies for grant of furlough to these convicts has been attested with her application. She also said Rubina was convicted before the amendment and hence there would be no retrospective effect of that notification.

However, additional public prosecutor H.J. Dedia sought time to file reply saying he need to take instructions to see if February 2012 notification would be applicable on her or not. On this, the bench posted this petition for further hearing on May 24, 2017.

The special Tada court had pronounced its judgment in the 1993 blasts case in September 2006 and acquitted Rubina’s husband Suleman. Though another family member Hanifa was also acquitted, Yakub Memon was convicted and awarded death sentence but his wife Raheen was acquitted for want of evidence.

What the rules dictate:
Parole and furlough is granted only to convicts, and not to undertrial prisoners. The rules allow two types of leave for prisoners. The first is furlough, which is a matter of right, whereas parole is granted for family emergencies. Furlough leave is of 14 days, and can be extended by another 14 days. A convict can apply for parole for 30 days, for emergencies, such as illness or death of a family member. Parole can be extended by another 60 days.