The need of CCTV camera’s inside women’s compartment had come to light when a nurse and an American national were molested and robbed. 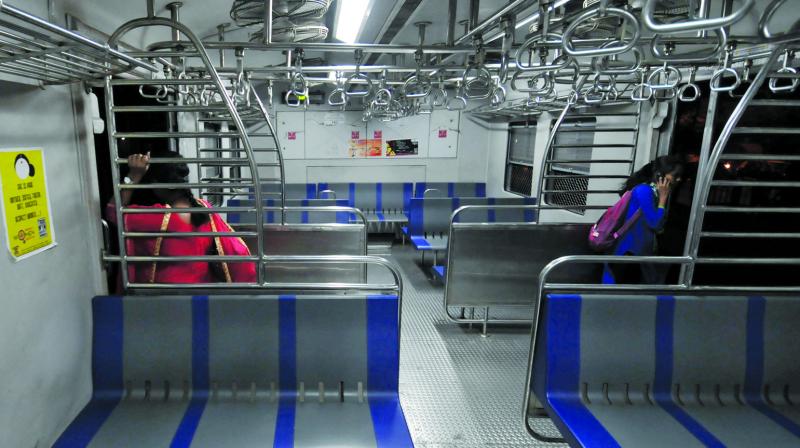 A ladies’ compartment in a suburban train.

Mumbai: The Western Railway (WR) has decided to install CCTV cameras in the women’s compartments of 16 trains out of the 81 by mid next year. The CCTV camera experiment has been underway on the WR since two years, but a breakthrough came only two-months ago after which the officials decided to increase the scope.

The need of CCTV camera’s inside women’s compartment had come to light when a nurse and an American national were molested and robbed on a running local in 2013. The investigation was delayed due to the lack of availability of any leads.

The WR officials overseeing the experiment had said that it wasn’t shaping up to their expectations, as they were unable to get decent footage, since it was too shaky due to the erratic movement of the train. However, after lot of trials, the WR managed to sort out technical shortcomings and get clear footages.

A railway official on the condition of anonymity said, “In the first lot we have chosen the 16 trains and the remaining fleet will be fixed with them in a phase-wise manner. Initially, the footage will be stored for a month. It could be increased to two months later.”

The Central Railway (CR) has kept away from the fixing CCTV cameras in their women’s compartment after woman activists opposed the move on the grounds of privacy.

The CR has set up a panic button in one rake that currently runs on the Harbour Line. On pressing the button, a red flashing siren placed outside the women’s compartment gets activated, alerting the station master and railway staff.