The system will be linked to payments to cut out human intervention and forging of accounts during financial transactions. 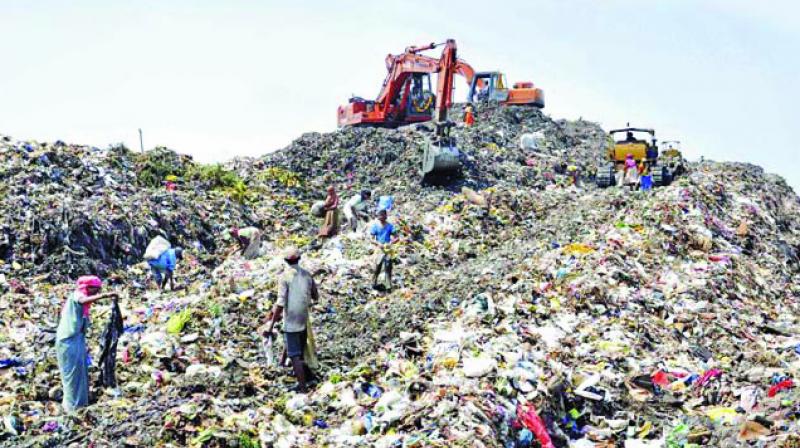 File photo of the dumping ground at Deonar.

Mumbai: Following the MNS’s allegations that the de-silting scam occurred due to manual data accounting of garbage trucks used to dump silt at Deonar, the Brihanmumbai Municipal Corporation (BMC) has gone ahead and set up automated weighing machines at the dumping ground so that no details of trucks and the amount of garbage they carry is noted manually anymore.

These machines are capable of taking automatic photographs of garbage truck number plates and automatically registering data regarding the time of entry and weight of garbage trucks. The system will be linked to payments to cut out human intervention and forging of accounts during financial transactions.

After the nullah de-silting scam came to light in 2015, MNS corporator Sandeep Deshpande accused the BMC of negligence and failing to maintain de-silting records, in turn providing a loophole to corrupt contractors. Mr Deshpande claimed that the amount of de-silting recorded had not occurred on ground. Contractors were able to forge documents as records were manually entered. According to Mr Deshpande, one empty garbage truck made several futile rounds to the dumping ground, and each round was recorded with a fresh entry.

Reacting to the criticism, the BMC scrapped the manual data entry system completely. On December 1, the Deonar dumping ground got its first automated data recording system in the form of a weighing bridge. The new system is such that as soon as a truck drives on the bridge, a camera takes pictures of the front and back plates of the truck and feeds the information into the system. The time of entry and weight of the truck is also automatically recorded. The same process is repeated when the truck exits the grounds.