FDA officials said that the campaign will educate people and vendors about the dangers of wrapping edibles in paper. 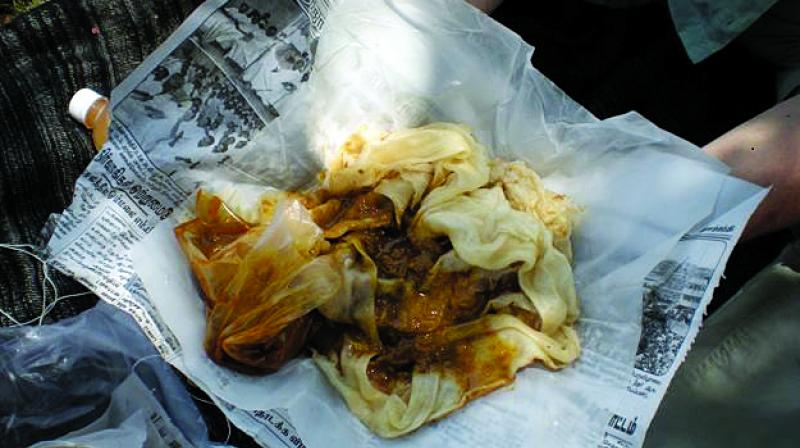 The Food Safety and Standard Authority of India had issued an advisory not to use newspapers for wrapping edibles.

Mumbai: Following the Food Safety and Standard Authority of India (FSSAI) advisory not to use newspapers for wrapping edibles, Food and Drug Administration (FDA) officials will soon launch a campaign to spread awareness about the same. FDA officials said that the campaign will educate people and vendors about the dangers of wrapping edibles in paper.

In Gujarat and Madhya Pradesh, FDA officials have already started campaigning to educate people not to use newspaper for wrapping food items however Maharashtra is yet to join the fray. FDA commissioner Harshdeep Kamble told The Asian Age, “I have informed all my officers to take cognisance of this and informed all vendors and shops who are selling food items and using newspaper for wrapping.”

Dr Dhairyasheel Sawant, cancer expert, Asian Cancer Institute, said, “Till now, I have not encountered such cases but then too, it is harmful since the ink can be dangerous if consumed and most food items wrapped in newspapers are oily.”

The FSSAI advisory read, “Newspapers are widely used as absorbent paper in small hotels, by vendors, and in homes. But the printing ink contains multiple bioactive materials (including harmful colours, pigments, binders, additives and preservatives) which can cause negative health effects.” “Newspapers should not be used to wrap food or absorb excess oil from fried food. There is an urgent need to discourage the use of newspaper as food packaging material by creating awareness amongst businesses, especially in the unorganised sector,” the advisory further read.