Moves comes ahead of BMC polls after earlier adding ‘Maharaj’ to names of CST and CST airport. 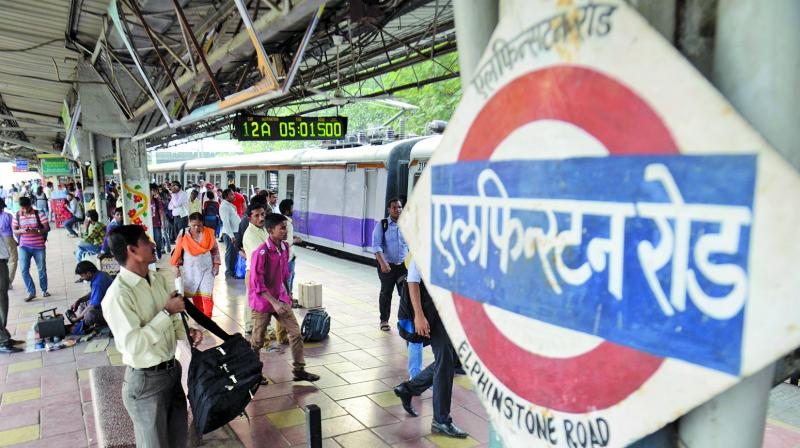 The Elphinstone Road station is located near one of the oldest temples in Prabhadevi and hence named over the goddess.

Nagpur: After adding the word ‘Maharaj’ to Chhatrapati Shivaji Terminus and Chhatrapati Shivaji Airport, the Maharashtra government on Friday unanimously passed a resolution to change the name of Elphinstone Road station on Western Railway to Prabhadevi. The decision about Chhatrapati Shivaji Maharaj Terminus and airport had been taken in the Cabinet meeting last week. The announcement has come ahead of the Brihanmumbai Municipal Corporation (BMC) polls scheduled next year.

Taking a dig at Shiv Sena minister Diwakar Raote, who has always been aggressive on the issue of changing names into Marathi, the CM told him in the House, “Raote, you have been demanding to change the name of Elphinstone Road station. Now you should be happy.” The Elphinstone Road station is located near one of the oldest temples in Prabhadevi and hence named over the goddess. Earlier, the station was named after Mumbai governor Lord Elphinstone, whose tenure lasted from 1853 to 1860.

Although there is no direct connection to governor Elphinstone, the station was named after him to honour his contribution to the city’s trade and commerce. His dedication to education was honoured by naming the Elphinstone College after him. The Elphinstone Road railway station and Prabhadevi share a different pin code. While Elphisntone Road’s pin code is 400013, Prabhadevi’s is 400025.

Railway officials on the other hand have said they will be able to make the transition of the name in a few weeks. An official on the condition of anonymity said, “The only things we will have to look into will be to repaint the signages, change the name on the indicator and make the change on our work books”.