The police are on the look out for the main accused, whose name has currently been withheld by the police. 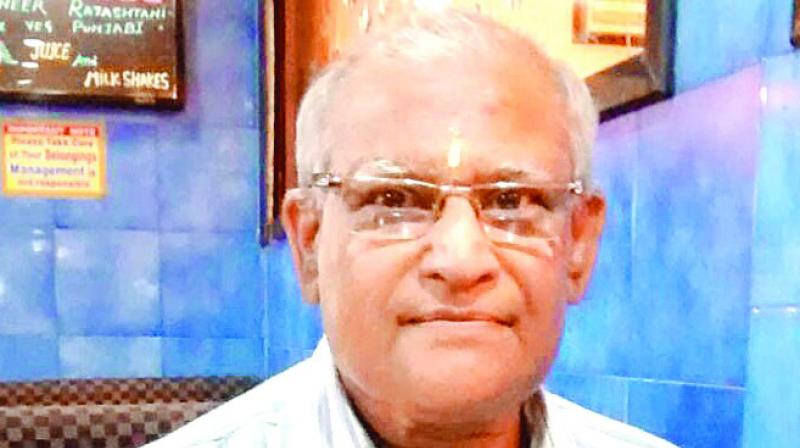 Mumbai: On Friday, the Kandivali police arrested 24-year-old Nikunj Polara from Borivali, in connection with the murder of Devendra Doshi (65), who had sought help of the accused, now absconding, to exchange his demonetised money, which amounted to some crores. The police are on the look out for the main accused, whose name has currently been withheld by the police, who was assisted by Polara in the murder.

Mr Doshi wanted to exchange his currency for which he had invited the main accused at his house at Mathuradas road, Kandivali. The main accused and Polara reached Doshi's house on December 10 afternoon.  Before committing the murder between 07:30 -08:30 pm, the duo had had lunch with Doshi. They first hit Doshi with a hammer, which the accused had brought from his house, and later they slit his throat with a knife. Both, the accused and Polara absconded with Doshi's money. Doshi had known the main accused since 10 years.

The police arrived, upon receiving call from Doshi's neighbours, only to find his dead body. The police had recovered CCTV footage from Doshi's vicinity. Based on the CCTV footage, they zeroed in on the duo. The police set up a trap, upon receiving a tip-off that Polara was likely to visit Borivali east at around 12.30 am on Friday, and arrested him. During the interrogation, Polara confessed to his crime, as informed by the police officials. They are now investigating Polara's background to look for criminal records against him, if any.

Polara was produced in a metropolitan magistrate court on Friday and was remanded in police custody for ten days.

Mr. Shrirang Nadgauda, ACP of the area, said, "The motive behind the murder is robbery." He further added, "We are yet to identify the amount which was robbed from Doshi's house." According to Mr Nadgauda, main accused, a 12th pass, is in a flower decorating business. Polara has the knowledge of planting and harvesting, which is why he was working for the main accused and had decorated farmhouses for him in Sindhudurg and Kanakavali.