Probe on IAS officers who bought land along the proposed Mumbai-Nagpur expressway. 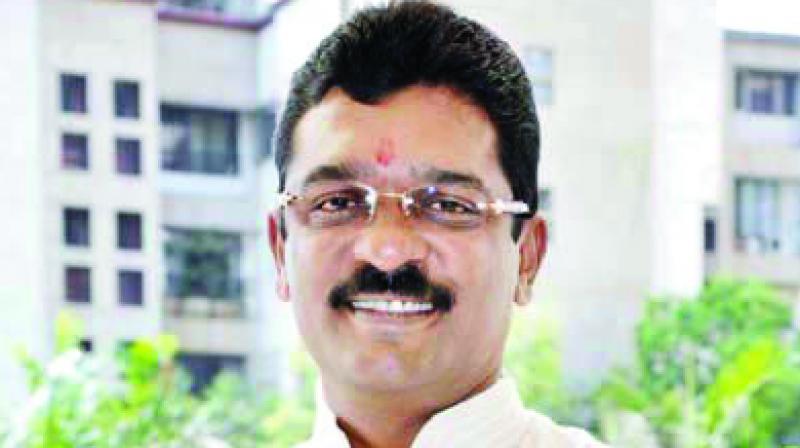 Nagpur: Chief minister Devendra Fadnavis may be touting about the proposed Mumbai-Nagpur express highway, his pet project at rallies, but the Shiv Sena has slammed some Indian Administrative Service (IAS) officials who have allegedly quickly bought land along the proposed expressway. The Sena has demanded an inquiry of the issue and wants the land parcels to be taken back from the officials and returned to farmers. Mr Fadnavis has already ordered an inquiry into the matter, as it was discussed in the Assembly.

Shiv Sena MLA Pratap Sarnaik, Subhash Boir, Anil Kadam, Ashok Patil, Prakash Fatarfekar protested in the premises on Friday morning demanding the sacking of certain IAS officers who have bought land. “The inquiry should be conducted immediately and lands should be taken back from them. The land belongs to the farmers. It should be returned to them. It is the dream project of the CM,” Mr Sarnaik said. The Sena also alleged that one of the officials was close to the CM and a few are retired officials.

On Thursday, NCP leader Jayant Patil had raised the issue in the Assembly in which he alleged that the some IAS officials had bought land from the farmers along the proposed Mumbai-Nagpur expressway. “How can the location of the proposed expressway be leaked to the officials? Is the project meant for the officials?” he asked.

In the reply, the CM said that there was no land acquisition in the project as it was acquired by land pooling. “An inquiry would be conducted into the source of money of the officers whose names are mentioned,” Mr Fadnavis said.