The US consulate has now confiscated the duo’s passport and recently handed over the case to the Union external affairs ministry. 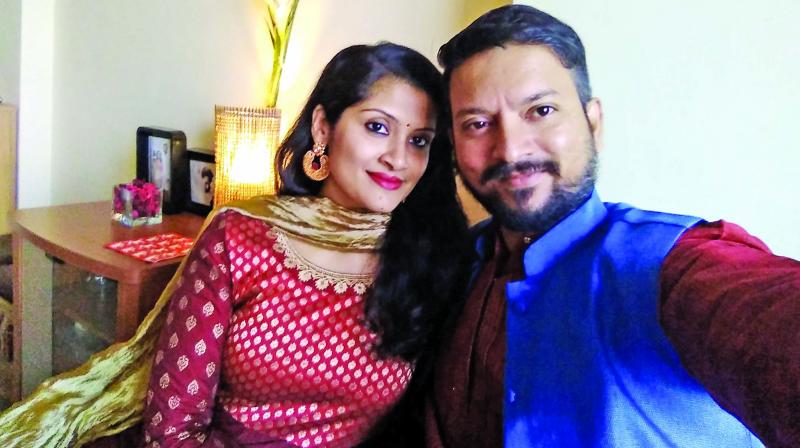 Saugat Bhattacharya and his wife Ilika who fell victims to an identity theft racket.

Mumbai: A couple from Mumbai was in for a shock when the Canadian consulate informed them that two persons — who were carrying Canadian visas issued to this couple — were arrested while trying to illegally enter into Canada.

The couple Saugat Bhattacharya, a film producer and his wife Ilika was even more flabbergasted as their agent had told them that their application for the Canadian visa had been rejected. The US consulate has now confiscated the duo’s passport and recently handed over the case to the Union external affairs ministry. The victims were clueless about the fraud as the page on their respective passports on which their Canadian visa was issued was torn and replaced with a fake page.

Mr Bhattacharya, a film and advertisement producer explained that in June, he had intended to take a trip to the US with his wife Ilika to bring in their 10th wedding anniversary.

While they were planning the trip, a local casting agent Dinesh contacted them in February about an offer to perform on a cruise ship travelling from the US to Canada and back, organised by Integrity Solutions.

“They would pay for the performance if selected and get a chance to travel free of cost to Canada on a cruise ship. The only prerequisite was that the people applying should have a valid US visa. If selected, the company would pay and process the Canadian visa,” said Mr Bhattacharya. “We had applied for the US visa and once we received it in March, we decided to apply and were selected. The owner of Integrity Solutions, Sameer Agarwal, then asked me to apply for a Canadian visa immediately,” he added.

Agarwal and Dinesh told the couple that a representative from Akbar Travels would contact them about the Canadian visa. “On April 4, we received a call from Dinesh, who asked us to come to the consulate office along with our documents. We were to meet Raju, an Akbar Travels employee, and apply for the Canadian visa," said Mr Bhattacharya. He added that, a week later, the Canadian consulate informed them that they should collect their visas. "The mail did not specify whether our visas had been granted or not. Raju from Akbar Travels collected our passports and was to hand it over to us in Andheri. We were then told that our visas had been rejected. Dejected, I collected my passport and left."

He continued: “On June 22, we received a call from the Canadian consulate and an official asked us whether our passports had been stolen or were handled by someone else. They said that two people had been caught entering Canada illegally using our passports and visas. They added that we had been granted visas, contrary to what the agent had told us."

After the Canada consulate asked Mr Bhattacharya to send scanned copies of his and Ilika's passports, the US Consulate's Mumbai office gave him a call. "They told us that they suspected us to have given away our passport to facilitate illegal entries. They showed us how two pages, containing the Canadian visa, had been torn and new fake pages sewed in," Mr Bhattacharya said. He added that the US consulate then confiscated his passport without offering any proper explanation and also served a life-long ban on his entry to the US.

When contacted, the spokesperson for the US consulate general refused to comment.

The couple then contacted the BKC police station and lodged an FIR. When The Asian Age spoke to the BKC police, they said that investigations had led the US consulate to hand over the passport to the Ministry of External Affairs (MEA). “Our probe shows that there are at least 15 more such victims and a team will be sent to Delhi to further probe the case. The MEA is also conducting a separate investigation,” said an official.