Mhada received a considerably higher number of applications this year since the housing authority had slashed the prices. 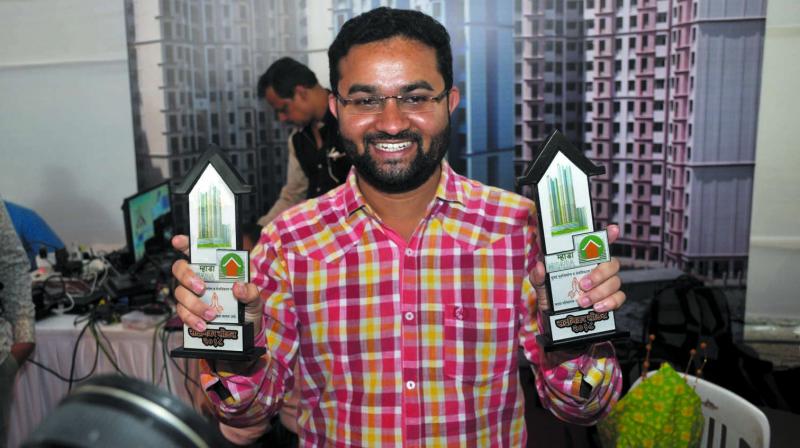 Mumbai: Titwala resident Rameez Tadvi scored a hat-trick after his family managed to win three flats from the Maharashtra Housing and Area Development Authority (Mhada) lottery draw held on Sunday. Mr Tadvi and his parents had applied for homes and the trio won homes in Wadala and Kandivali.

“We had been trying since the past three ye-ars but won the lottery this year. My father and mother had filled forms separately against middle income group (MIG) homes in Mah-avir Nagar, Kandivali. I had filled a form against the low income group (LIG) category home in Antop Hill, Wadala,” said Mr Tadvi.

Mr Tadvi works in a private organisation in Chhatrapati Shivaji Terminus area and travels daily from Titwala. He stressed that a home in Mumbai was a dr-eam for the family. “My father is a Central government employee. He can afford to buy one house, and I will purchase the flat in Wad-ala. The third flat will be handed over to Mhada,” he added.

Mr Tadvi was fortunate to win on his fourth attempt whereas for Tushar Avhad it took 10 years to get a home via the lottery. “After 10 years of trying my luck, I was fortunate this year to win a flat,” said Mr Avhad. Avhad, a Chembur resident, managed to get a flat in Mankhurd under the scheduled caste quota.

Mhada received a considerably higher number of applications this year since the housing authority had slashed the prices. The lowest-priced flat was available at `14 lakh in Mulund.