The officials revealed that the pangolin scales weighed 6 kg and were worth Rs 20 lakh. 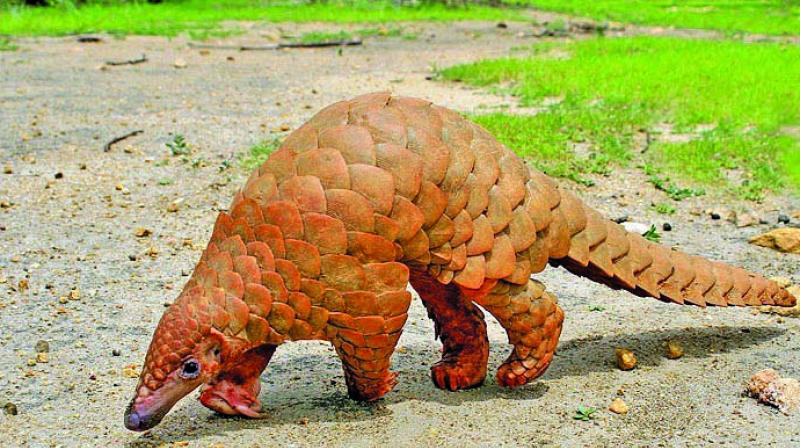 A case has been registered against all the accused under the Wildlife Protection Act.

Mumbai: The Raigad police arrested four persons who were trying to sell two Indian pangolins, an endangered species, worth Rs 80 lakh from Shrivardhan. The police busted the gang following a raid at Daanial Farms in Walwati-Khedi village on Saturday.

The accused have been handed over to the forest department for further investigation into the trafficking of the pangolins.

The officials arrested Faizal Azeez Kalokhe (42), Nilesh Karnekar (32), Ashok Darge (55) and Kishore Mohite (43) who were in the process of selling the animals. After the police received specific information pertaining to the alleged wildlife trafficking, they raided a farmhouse in Shrivardhan.

The investigators said that the accused allegedly procured the mammals from the forests at Shrivardhan. The officials are yet to ascertain the potential buyers of the pangolins and if similar deals had happened in the past too.

A case has been registered against all the accused under the Wildlife Protection Act and further investigation is being conducted by the forest department.

In October, the Thane police had seized scales of pangolin and ambergris (scales of whale) which in total cost around Rs 20.20 crore. Later, the officials had revealed that the pangolin scales weighed 6 kg and were worth Rs 20 lakh.