As a part of this scheme, no other airline party is allowed to use that particular route, thus protecting the business interest of operating company. 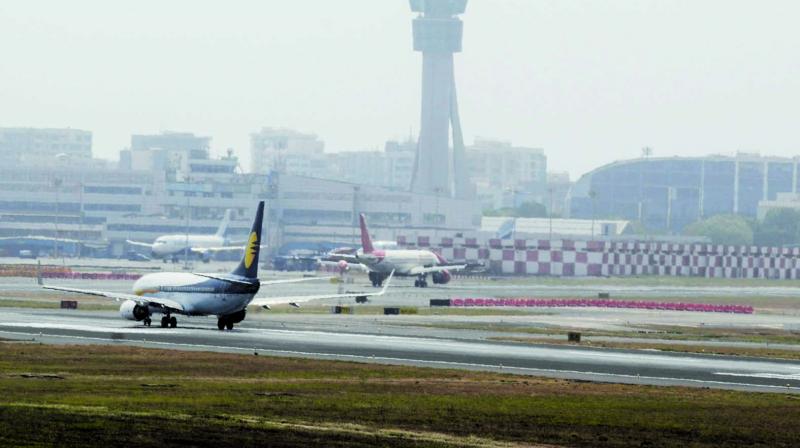 The routes have been allotted to SpiceJet and TruJet (Turbo Mega).

Mumbai: In a boost to low-cost air travel in the state, five air routes proposed under the Ude Desh ka Aam Naagrik (UDAN) scheme that were discontinued previously, are all set to resume on February 13.

According to state officials, Mumbai-Nashik, Mumbai-Jalgaon, Mumbai-Kolhapur, Mumbaik-Solapur and Nashik-Pune air services will commence again. These routes have been allotted to two airline companies – SpiceJet and TruJet (Turbo Mega).

“After the UDAN scheme began, these routes were allotted to Air Deccan airline company. However, several complaints were received about the company violating the norms. Despite issuing notice, it could not normalise the services. Hence, it’s services were scrapped and it was decided to appoint new airline companies on these routes,” said a senior state official.

In addition to this, two new routes – Nashik-Prayagraj and Nashik-Hindon – routes are also expected to start soon.

Under the UDAN scheme, nine airports in the state – Nashik, Jalgaon, Kolhapur, Solapur, Nanded, Ratnagiri, Sindhudurg, Amravati, Godiya – were selected. It has been proposed to start 28 routes in the state under the scheme.

UDAN scheme, which commenced in April 2017, is a regional airport development and regional connectivity scheme (RCS) with the objective of ‘letting the common citizen of the country fly’ and aims at making air travel affordable.

Under the scheme, 50 per cent seats in the airplane are offered at concessional rates to passengers. In case of these seats remaining vacant, the Centre and the respective state offers subsidy in the form of value gap funding (VGF) to the concerned airline company to compensate its loss. The subsidy will be given for first three years.

As a part of this scheme, no other airline party is allowed to use that particular route, thus protecting the business interest of operating company.

“The VGF in tickets is shared by the Centre (80 per cent) and the state (20 per cent). So far, the state government has paid a VGF of Rs 5 crore to the operating airline companies,” said the official.