As per Dr Matcheswalla, Mekhail needed medical treatment as he had become aggressive and once even attacked his school principal. 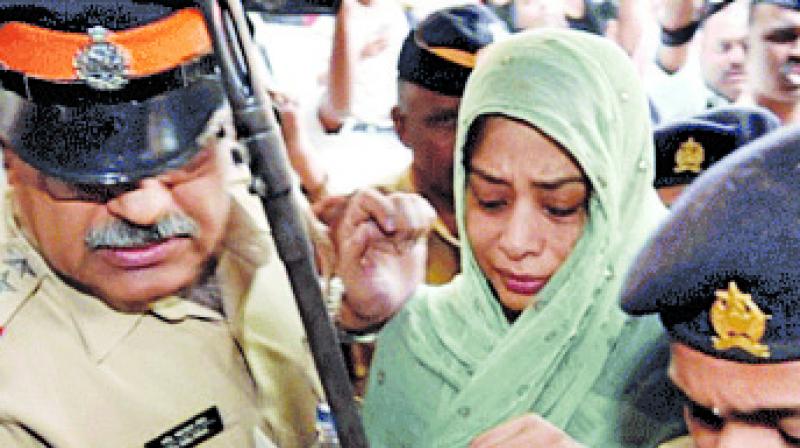 Mumbai: Renowned psychiatrist Dr Yusuf Abdullah Matcheswalla who had in 2006  treated Mekhail Bora — son of prime accused in the 2012 Sheena Bora murder case, Indrani Mukerjea —  on Thursday told the court that Mekhail was treated at the Masina Hospital as he was using cannabis.

As per Dr Matcheswalla, Mekhail needed medical treatment as he had become aggressive and once even attacked his school principal. The claim of the prosecution and Mekhail is that Indrani cooked up a false story to get Mekhail admitted and tortured in the hospital but the doctor’s statement does not support this claim.

Dr Matcheswalla informed the court that Mekhail was diagnosed with “substance in use psychosis” a term used to describe a person who is using drugs like cannabis but is not a drug addict. While answering questions asked by CBI counsel Bharat Badami and Kavita Patil, Dr Matcheswalla confirmed that he had treated Mekhail as an indoor patient for two months at the Masina Hospital in Byculla.

Although, Mekhail had claimed before the court that once co-accused Sanjeev Khanna made him take a drink after which he fell unconscious and later found himself in a hospital where Dr Matcheswalla met him. Mekhail alleged torture at the hospital. Although Dr Matcheswalla said that Mekhail was taking cannabis due to which he was treated and later transferred to a rehabilitation centre where he spent nine months.

During cross-examination by Indrani’s lawyers Sudeep Pasbola and Gunjan Mangala, Dr Matcheswalla said that   at the time Mekhail was a minor so his consent was not required to admit him to hospital and his guardians Indrani and Suhail Buddha had brought Mekhail to the hospital.