The finance minister justified the (debt amount saying that the state has not crossed the limit. 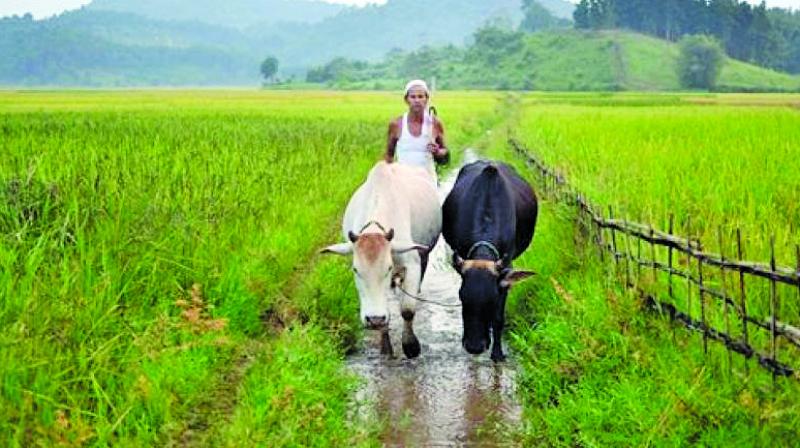 As per the survey, the state expects revenue receipts of Rs 2.20 lakh crore against Rs 1.98 crore during last year.

Mumbai: Delighted with the state’s economy growth of 9.4 per cent in 2016-17, finance minister Sudhir Mungantiwar on Friday attributed it to the policies implemented by his government in the last two years. “We are expecting growth in double digit next year. It is a proud moment that India and other states have constant economy growth while ours is more,” he said after tabling the economic survey of Maharashtra 2016-17 in the Assembly on Friday. The economy grew by 8.5 per cent in 2015-16.

On agriculture growth, Mr Mungantiwar expressed satisfaction after his government managed to put up figures in positive digits from the earlier negative growth. “The agriculture and allied sector growth is 12.5 per cent while it was negative 11.2 per cent two years back. The agriculture activities give employment to 2.60 crore people who would benefit from the growth,” the minister said.

As per the survey, the state expects revenue receipts of Rs 2.20 lakh crore against Rs 1.98 crore during last year. However, the debt is Rs 3.56 lakh crore higher than the last year. The finance minister justified the (debt amount saying that the state has not crossed the limit.

Interestingly, the total gross irrigated area was not mentioned in the economic survey except the incomplete figure of 24.47 lakh hectare, which comes under the water resources department. But it does not count irrigation done through other sources like wells. The minister said he would reveal the gross irrigation figure on Saturday while speaking on the budget to be presented. The gross irrigation figure had become controversial for the Congress-NCP regime in the past, after the coalition government in the 2012 economic survey had shown only 0.1 per cent increase in irrigation potential. This led to the NCP leaders handling the irrigation portfolio facing scam allegations.

BJP’s ally and MP of Swabhiman Shetkari Sanghatana, Raju Shetti, ridiculed the government for “manipulation” of numbers. “The agriculture is clubbed with allied activities, due to which the growth is higher. The rainfall was good last year due to which the kharif season went well. The rainfall also gave boost to dairy business and sugar industry and hence the growth is more. This was bound to happen because of rainfall and the government has not taken any efforts,” Mr Shetti said.