UP woman jumps from fifth floor to escape gangrape

The accused have been identified as Santosh Kanojiya (26) and Farooq Khan (31). 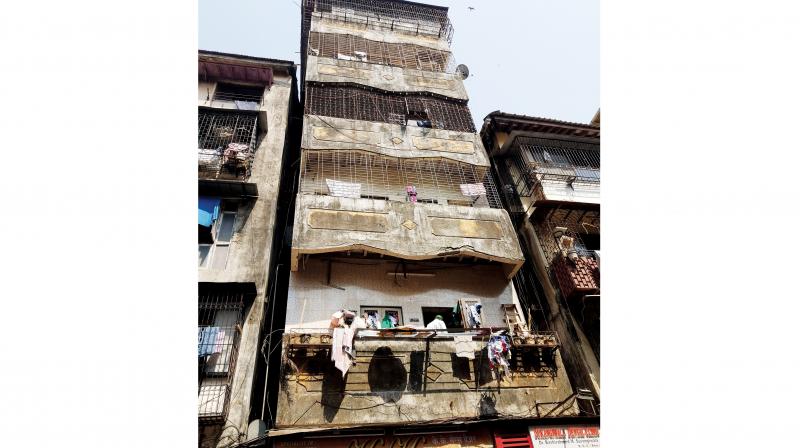 Mumbai: A 27-year-old woman jumped off the fifth floor of a building in South Mumbai in the wee hours of Friday to escape from the captivity of two alleged rapists. While trying to escape, she jumped off the balcony of the fifth-floor flat in a bid to land on the terrace of the adjoining three-story building. On landing, she sustained injuries on the head, after which she lost consciousness.

The woman attempted to escape while the accused men were asleep. Alerted by the loud noise generated by the victim’s fall on the terrace, some residents of the Saurangi building informed the police, who rushed to the spot and nabbed the accused in the flat at 4.30 am.

The accused have been identified as Santosh Kanojiya (26) and Farooq Khan (31). Both Kanojiya and the rape survivor are from Akbarpur in Uttar Pradesh. The police said one of the accused had lured the woman from Uttar Pradesh to Mumbai on the pretext of getting her employment.

However, she was kept in captivity for over a week and raped several times. The victim is currently receiving treatment at the state-run JJ Hospital and is stable.

According to the sources in the Pydhonie police station, the survivor was brought to Mumbai on March 9 and held captive in Kanojiya’s residence in Bhiwandi for a week and raped by him. Kanojiya then allegedly brought her to Pydhonie and kept her at a godown-cum-residence owned by Farooq Khan. Khan and two other friends had dinner with the survivor and Kanojiya on Thursday.

Late on Thursday night, the two friends left Saurangi building, located near Zakaria Masjid, while Kanojiya and Khan stayed back, and allegedly gang raped her. The police source added that the woman was raped till the wee hours of Friday, following which the duo dozed off in the room. At about 4 am, the victim saw that the duo was sleeping, and tried to escape by jumping off the balcony of the fifth floor. She landed on a terrace of the adjoining three-storey building and sustained a head injury.

Speaking to The Asian Age, Deepak Kundal, senior police inspector of Pydhonie police station, said, “We have arrested the two accused men after the residents of the building called the control room and alerted the police. We have produced the duo in court and have sought their police custody.”

Mr Kundal added, “The victim is admitted to JJ Hospital and is stable but in a state of shock. She was sent for a medical test on Friday evening.”