Private contractors have been given the contract for cleaning all Mumbai local trains. 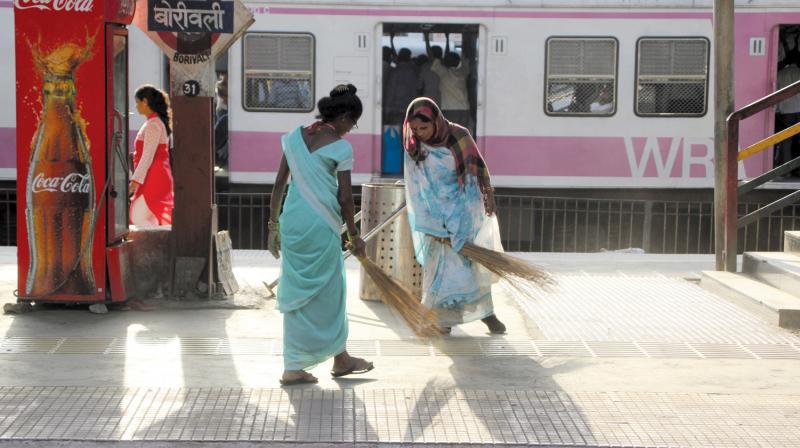 The contractors have also demanded hike in wages.

Mumbai: A private cleaning contractor has called for a strike after not receiving the new labour wages payment by the Western Railway (WR). The strike is likely to spread to other private contractors that the railways has hired.

The Surat-based contractor is protesting against not being paid the new minimum wage of Rs 523 per person daily that the government stipulated this March, forcing the WR to convene an emergency meeting on Monday to prevent around 18 other contractors from following suit.

Speaking to The Asian Age, an official said, “This was a googly in terms of railway working as no one expected that the decision will trickle down here and that too at a time when cleanliness has been the focus by both, Prime Minister Narendra Modi and Railway Minister Suresh Prabhu.

The pressure to make the revision is even more.” The official further added, “According to the order, we have to pay the increased minimum wages from January and it’s a Herculean task to undertake.”

Cleanliness has increasingly been outsourced. Niche companies like Eureka Forbes have been allotted prestigious stations like the CST due to their expertise in the field. Another official said, “In suburban Mumbai, there are about 700 employees whose wages have to be increased from Rs 374 to Rs 523 per day.” WR chief public relations officer, Ravindra Bhaskar said, “We will soon be making amendments in the contract in mutual agreement with the contractors and the issue will be resolved soon.”