The assessment by the central team is necessary for the Centre to sanction financial aid to farmers in lieu of losses. 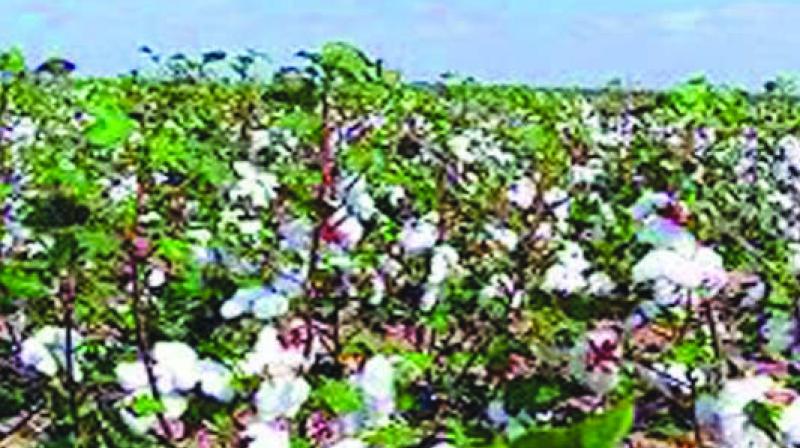 Cotton crops were damaged by pink bollworm in state.

Mumbai: A central government delegation arrived in the state on Thursday to carry out assessment of crops that were damaged due to the pink bollworm attack in Marathwada and Vidarbha regions of the state. Several villages in Marathwada and Vidarbha suffered huge damage to crops, mainly cotton, due to the pink bollworm infestation late last year. The assessment by the central team is necessary for the Centre to sanction financial aid to farmers in lieu of losses.

The cotton crop on 34 lakh out of the 43 lakh hectare of land was nearly washed out due to the pink bollworm attack last Kharif season. The state government sent a proposal to the centre for `3373 crore aid.  Following the report by this team, the NDRF (National Disaster Relief Fund) will sanction financial aid to farmers.

With the Union government having delayed the process, there was unrest among farmers forcing the state government to start distribution of `1,100 crore as aid from its own funds, said senior officers.

According to an official from the state agriculture department, the delegation will first visit some villages in Aurangabad and Osmanabad districts, and hold talks with the farmers.

Thereafter, it will go to the affected villages in Vidarbha region and carry out assessment.

“On Saturday, the delegation will reach Mumbai. After meeting state officials, the members will leave for New Delhi the next day,” the official said.