The import of tur and pulses can increase trouble for the farmers. 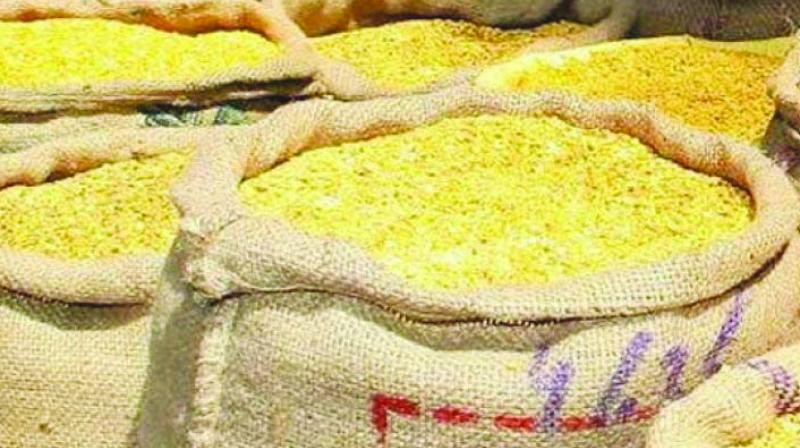 The import of tur will send its rates crashing in market

Mumbai: After the row over import of Pakistani sugar despite a glut, 15 lakh quintals of Mozambique pigeon pea (tur dal) and other pulses will soon enter the Indian market.

This has resulted in rates of tur dal crashing in Maharashtra and other producer states. The Vasantrao Naik Mission’s Farmers’ Swavalamban Mission has written a letter to the Union government asking that the import order of tur and pulses be cancelled to protect farmers’ interests.

The import of tur and pulses can increase trouble for the farmers. A bumper production of tur, chana and other pulses has been recorded in Maharashtra and a few other states over the last three years.

The government is procuring tur, urad and other pulses at the minimum support price (MSP) to protect farmers’ interests. Notwithstanding, rates of pulses in the market are down to less than Rs 70 to Rs 80 per kg. Farmers are facing a crisis as they are not getting proper rates for agricultural produce as compared to the expenses incurred by them. Though the government has announced that farmers will get rates 1.5 times their expenses, it has not been implemented.

Despite a glut in domestic sugar production, Pakistani sugar was imported, resulting in market prices crashing and the NCP, Congress, Shiv Sena and MNS opposing the move.

Now, the government has placed orders for import of tur and other pulses from Mozambique, which will hit the market in the next few months and rates will further slide down, creating trouble for farmers.

The Vasantrao Naik Mission has written a letter to the commerce ministry of the Union government for cancellation of the import order, Kishor Tiwari told the The Asian Age.